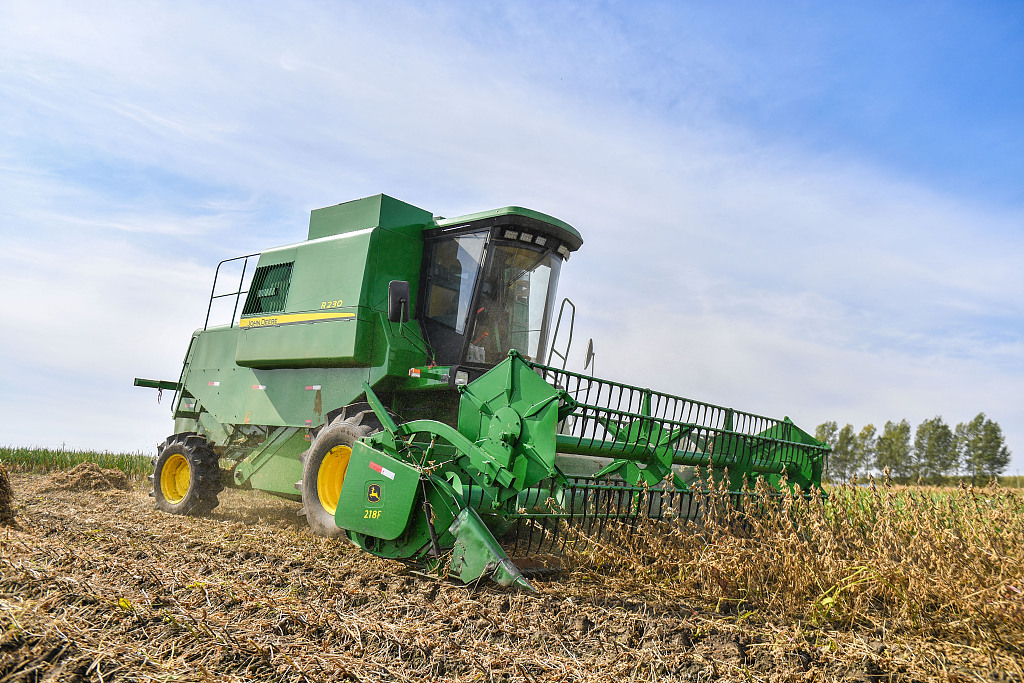 China can guarantee the quantity of its soybean imports with steady market operations, while the acreage under soybean cultivation in the country is expected to be expanded in 2019, said an agricultural ministry official on Wednesday.

Tang Ke, director of the department of market and economic information of China's Ministry of Agriculture and Rural Affairs, told a press conference on Wednesday that the total supply of soybeans, a crop highly reliant on imports, will be guaranteed and the domestic market is expected to grow steadily this year.

At present, soybean acreage is steadily increasing in South America in the new agricultural year. Argentina is expected to harvest 17 million more tons of soybeans compared with last year, while the US soybean inventory has also increased, Tang noted.

But there are possible risks of large fluctuations of global soybean prices caused by market speculation, before the South American soybeans are ready to hit the market in March, and these risks cannot be excluded, the official added.

In 2018, China's soybean imports declined 7.9 percent year-on-year to 88.03 million tons, data from the General Administration of Customs showed on Monday.

The drop, the first annual decline since 2011, comes after China ramped up efforts in 2018 to diversify its sources of soybean imports to countries such as Brazil and Argentina amid trade tensions with the US, which directly reduced China's imports from the former major supplier due to the imposed import tariffs of 25 percent.

Meanwhile, with support for domestically grown soybeans reinforced, the nation's self-sufficiency in soybeans will be steadily improved. The prices for domestic output will track more closely to the prices of imported soybeans, according to Tang.

"China's northeastern region will enter the key phase of spring plowing and seed preparation in the next few months, which we'll pay close attention to," Tang said.

Zhang Lichen, vice president of Jiusan Group, a Heilongjiang-based soybean processing corporation in China, told the Global Times that domestic farmers have become more aware of how the market operates, and they are paying close attention to China-US trade relations.

"Farmers will adjust their planting structure in keeping to changes at the market and in products price, and I bet the soybean acreage will increase this year in Heilongjiang," Zhang noted.

Government and enterprises have effectively mitigated the supply pressure in the past year, and reduced demand by capping crude protein and soybean meal content in pig feed, Tang noted, adding that such efforts have led to a stable soybean market in China in 2018.

On December 20, 2018, two of China's largest agricultural importers - China Grain Reserves Corp and COFCO Corp - announced they have bought soybeans in accordance with the consensus reached by top leaders of the two countries at the G20 summit on December 1, 2018.

The companies did not offer further details, such as the amount of soybeans they purchased.

"The peak supply time for US soybeans is usually from November or December till March of the following year," Ma said, adding that he believes the imports from the U.USre already on the way to China's ports.

China's soybean imports from the US recorded zero in November, customs data showed in December for the first time since the China-U.USrade war began at the beginning of 2018.