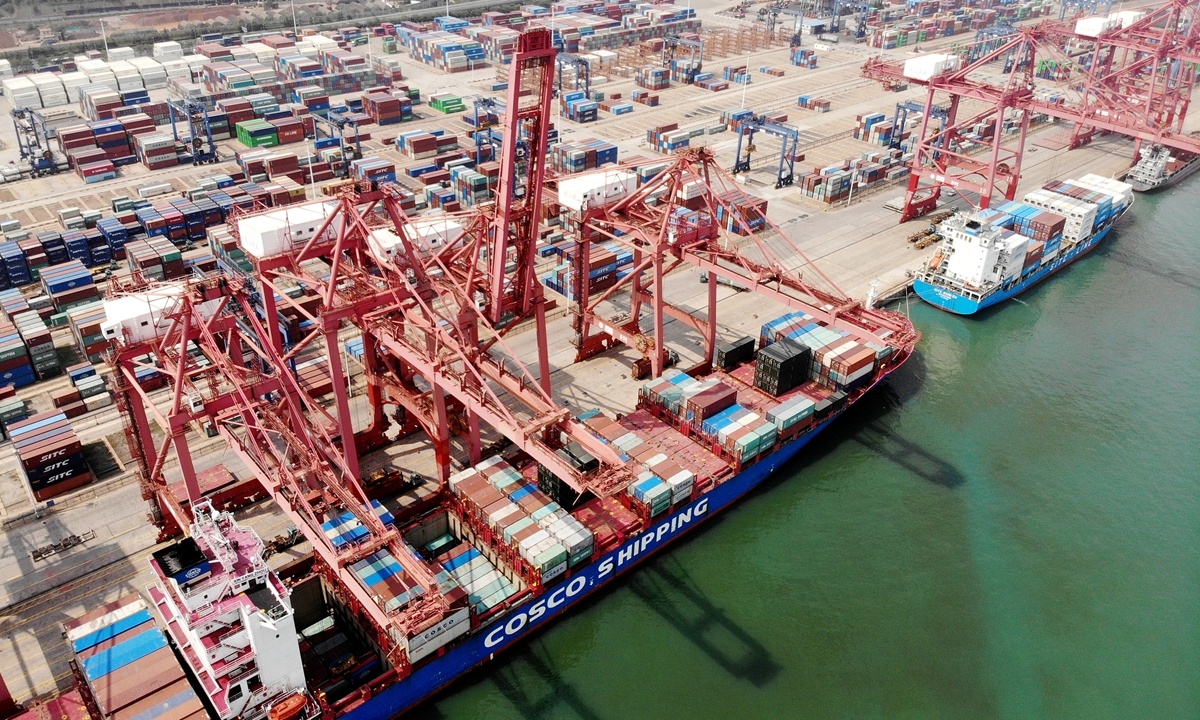 China's imports are growing, helped by the swift acceleration of the nation's economic recovery, despite the global pandemic outbreak and trade frictions. This is giving hope to global businesses still struggling from the pandemic's impact.

Due to effective epidemic prevention, the stabilization of trade and the pent-up demand of China's huge consumer market, China emerged with a V-shaped recovery that has greatly aided the world economy, experts said.

Japan's exports to the EU fell 1.6 percent in January from a year earlier and dropped 4.8 percent to the US, but exports to China rose 37.5 percent, the biggest increase since April 2010, according to official data from Japan, media reports said on Wednesday.

EU data showed that China surpassed the US to become the largest trading partner of the bloc. In 2020, trade between the EU and China topped 586 billion euros ($707 billion), of which EU exports to China reached 202.5 billion euros, up 2.2 percent.

The record jump in imports showed China's successful containment of the virus as well as swift government support that stabilized foreign trade in hard times.

China's imports are rising because of successful hosting of the China International Import Expo, reduction of import tariffs and the improvement of customs clearance procedures, Bai Ming, deputy director of the Chinese Ministry of Commerce's International Market Research Institute, told the Global Times on Wednesday.

The third China International Import Expo ended in Shanghai on November 10, 2020 with transactions of $72.62 billion, an increase of 2.1 percent over that of 2019, proof of China's ability to fulfill its opening-up promise despite headwinds.

China further streamlined the required trade documents, and the number of regulatory documents that need to be verified for trade applications was reduced from 86 in 2018 to 41 last year, according to China customs. Among the 41 documents, 38 kinds of applications can be made online.

China's swift economic rebounding has opened up plenty of opportunities for its trading partners.

International winemakers who felt the pain of store closings are accelerating foray into the Chinese market via cross-border e-commerce.

Sales of foreign spirits rose by more than 500 percent last year, with British and Japanese whisky, Japanese plum wine and French brandy all selling well, according to Tmall Taobao World.

By reducing tariffs over 10 years, the agreement will eventually lead to zero tariffs on over 90 percent of trade in goods among the pact signatories, media reports said.

A manager with a large logistics company based in Ningbo, East China's Zhejiang Province, surnamed Zhao told the Global Times on Wednesday that the impact of tariff cuts will be seen this year.

"The anticipated near-term reduction in import tariffs on raw materials, as well as possible future reductions in tariffs on manufactured goods from export destination countries, will reduce the costs," said Zhao, noting that the company will focus more on the imports of local goods such as fruit from the Philippines and other places within the scope of the RCEP.

Imports will continue to pick up this year, and China's share of world trade should reach a new high in 2021, given that vaccines are being rolled out. The much-anticipated improvement in the global trade environment, and the gradual resumption of suspended industry chains will help, experts said.

Meanwhile, containers shortage that shortcut global trade movement, shown by the many containers stuck at overseas ports, may be eased as more imports come into China, Bai predicted.