BUSINESS China's imports of UK food and beverages boom in 2017

China's imports of UK food and beverages boom in 2017 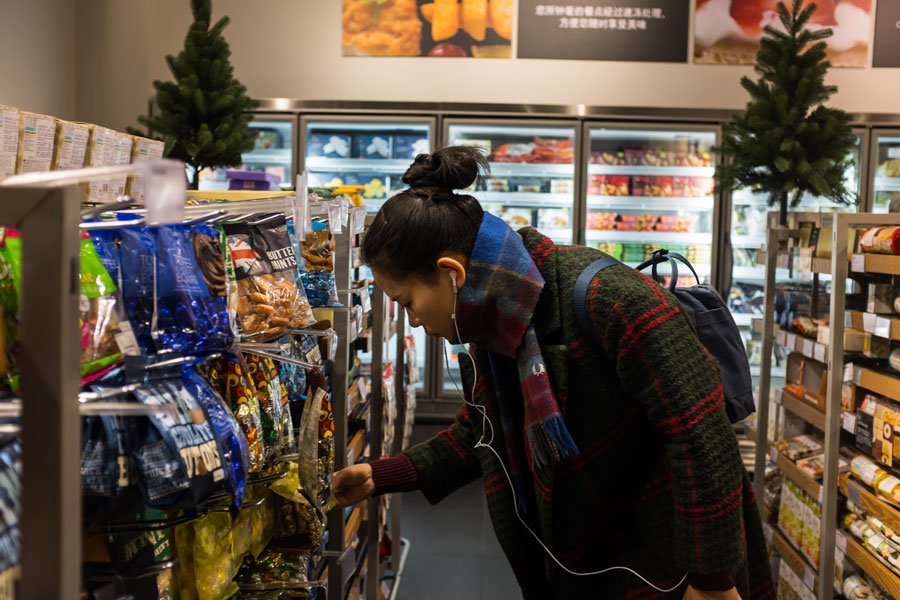 A customer picks British snacks at a supermarket in Beijing. China Daily Photo

China became the eighth-largest importer of food and drink from the United Kingdom in 2017, according to new data that showed a growing Chinese appetite for British milk powder, salmon, whisky, and beer.

UK food and drink exports to China grew by 28 percent last year, to reach 564.4 million pounds ($783.6 million) in value, according to trade figures released by the UK's Department of Environment, Food and Rural Affairs, which is also called Defra.

China rose up the rankings from ninth in 2016, when UK exports to China totaled 439.5 million pounds.

The United States is the only country outside the European Union to consume more British food and drink than China.

Defra said in a statement: "As Prime Minister Theresa May demonstrated during her recent trip to China, the UK's mouth-watering food and drink continues to grow in popularity across the globe with China now the eighth-largest export market for UK food and drink."

The UK Food and Drink Federation, which is also known as the FDF, said there is growing Chinese interest in the UK's "afternoon tea" products, which include jams, scones, tea, and cakes. The UK sold 2 million pounds of tea to China last year.

The organization links this trend to the popularity of British television programs, including Downton Abbey and the Great British Bake Off.

"The FDF has sought to highlight the opportunities a market the size of China can present to food and drink manufacturers and would-be exporters," said Dominic Goudie, FDF's export policy manager. "The government too is supporting businesses by negotiating new market access for certain products, with meat being a prime example, which has helped businesses begin to exploit the value of China as an export destination."

In January this year, China announced plans to lift a ban on British beef imports, and last November, two companies in Northern Ireland gained approval to export pig trotters to China in a deal that could generate 20 million pounds a year for UK farmers.

Defra said that, in total, the UK exported 22 billion pounds of food and drink products last year, up 9 percent on 2016. The top five exports were whisky, salmon, chocolate, cheese, and beer. The UK's top export destinations were the Republic of Ireland, France, the US, the Netherlands, and Germany.