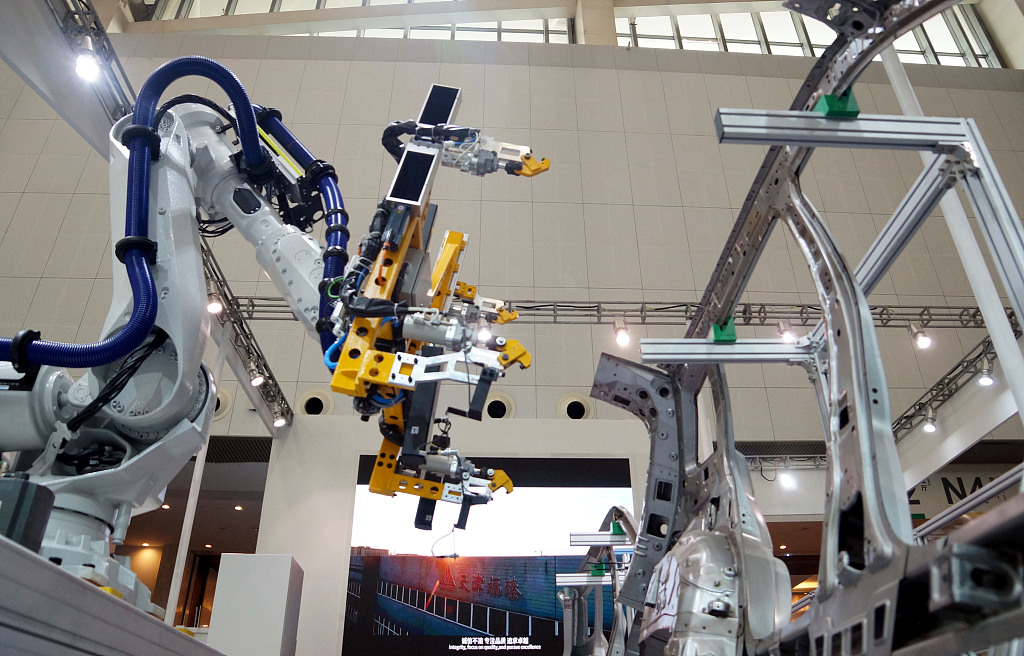 Deducting the Spring Festival factor, China's industrial output expanded 6.1 percent year on year in the first two months, according to the NBS.

The industrial production was generally stable in the first two months with fast growth in emerging industries and new products, the NBS said in a statement.

The output of new energy vehicles saw a surge of 53.3 percent year on year during the period, while solar cell production rose by 13.5 percent, NBS data showed.

Industrial output, officially called industrial value added, is used to measure the activity of designated large enterprises with an annual turnover of at least 20 million yuan (about $3 million).