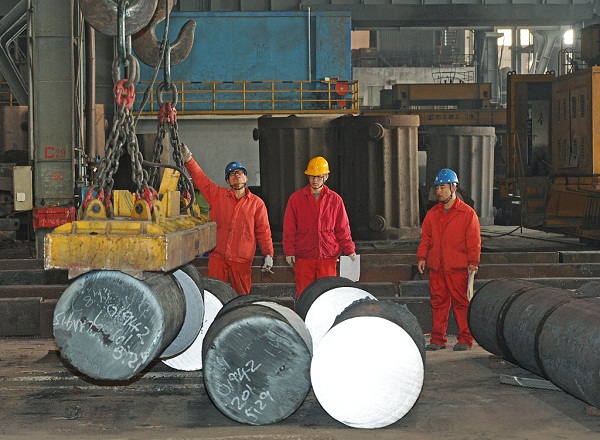 The output expanded 5.9 percent year on year last month, up 0.1 percentage point from that recorded in September, according to the National Bureau of Statistics (NBS).

On a monthly basis, output in October grew 0.48 percent from September, the NBS figures showed.

In the first 10 months of the year, industrial output rose 6.4 percent, flat with that for the first nine months.

"The industrial production continued to move up to medium and high ends," said Liu Aihua, an NBS spokesperson, at a press conference.

High-tech manufacturing output grew 12.4 percent year on year in October, up 1.2 percentage points from September, while the output of strategic emerging industries increased 10.1 percent, up 1.7 percentage points, she said.

A breakdown of the data showed the production and supply of electricity, thermal power, gas, and water reported a year-on-year growth of 6.8 percent in October, the fastest among the three major sectors but down 4.2 percentage points from September.

Manufacturing output rose 6.1 percent year on year, up 0.4 percentage points from September, according to the NBS data. The output of the mining sector climbed 3.8 percent, up 1.6 percentage points.

"The industrial production was stable with slight improvement," Liu said.