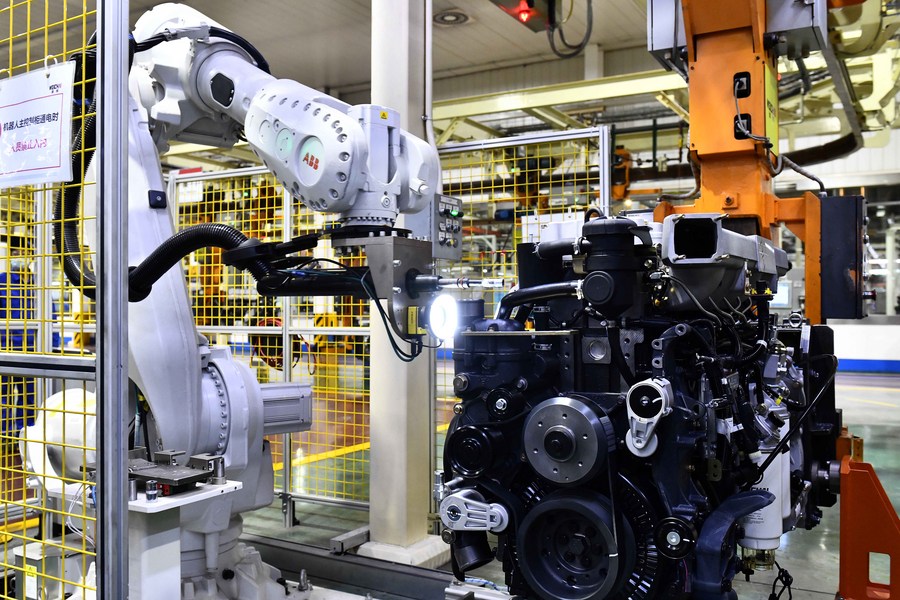 The value-added industrial output, a key indicator reflecting industrial activities and economic prosperity, went up 5.3 percent year on year in August, according to the National Bureau of Statistics (NBS).

The figure was up 11.2 percent from the level in August 2019, bringing the average growth for the past two years to 5.4 percent, NBS data showed.

In the first eight months, industrial output gained 13.1 percent year on year, resulting in an average two-year growth of 6.6 percent.

The industrial output is used to measure the activity of designated large enterprises with an annual business turnover of at least 20 million yuan (about 3.1 million U.S. dollars).

In a breakdown by ownership, the private sector's output increased 5.2 percent year on year last month, while the output of state-owned enterprises rose 4.6 percent.

Despite the COVID-19 epidemic, the country still saw apparent industrial and technological upgrading in July and August, NBS spokesperson Fu Linghui told a press conference. He pointed out that the high-tech manufacturing sector has continued to expand rapidly.

In August, the purchasing managers' index for China's manufacturing sector came in at 50.1, remaining in the expansion zone for 18 consecutive months, previous NBS data showed.