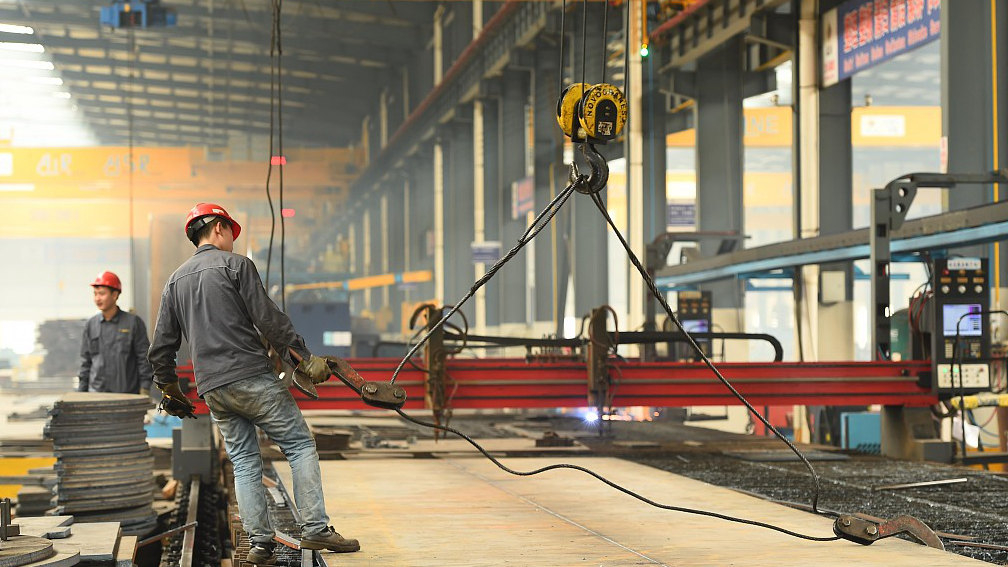 BEIJING, Jan. 28 (Xinhua) -- Profits of China's major industrial firms grew 10.3 percent year on year in 2018, but lower than the 21-percent expansion for 2017, the National Bureau of Statistics (NBS) said Monday.

The 2018 profit growth is lower than the 21-percent expansion for 2017, but still remained on a steady growth track, according to NBS statistician He Ping.

Profits fell 1.9 percent year on year last December, down further from a drop of 1.8 percent in November.

Profits in 32 of the 41 sectors surveyed rose compared with a year earlier.

The mining sector's profits expanded 40.1 percent year on year, with the petroleum and natural gas mining subsector posting a robust growth of 440 percent.

Among the nine sectors with shrinking profits, non-ferrous metals smelting and rolling decreased 9 percent in profits, while automobile manufacturing fell by 4.7 percent year on year.