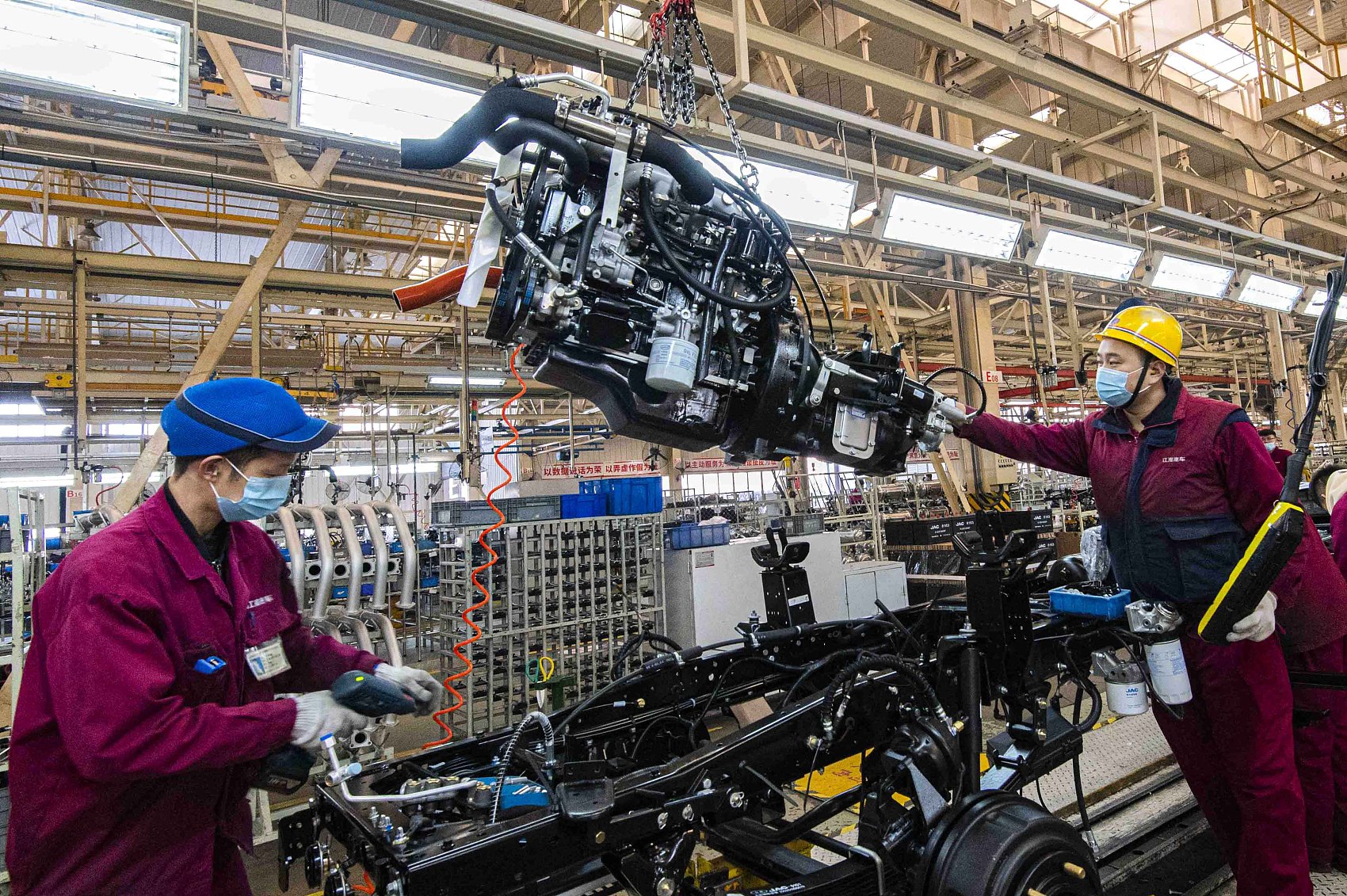 Workers are busy at the production line of an automobile factory in Qingzhou, East China's Shandong Province, November 30, 2020. (Photo: CFP)

In the first 11 months of the year, the profits of major industrial firms expanded 2.4 percent year on year to more than 5.74 trillion yuan, widening by 1.7 percentage points from that in the first 10 months.

Specifically, profits of state-controlled industrial firms dropped 4.9 percent from one year earlier to nearly 1.45 trillion yuan, while those of private ones saw their profits grow 1.8 percent year on year to about 1.73 trillion yuan.

During the January-November period, profits of the mining industry went down 32.8 percent from a year earlier, while that of the manufacturing and the production and supply of electricity, thermal power, gas and water rose 6.1 percent and 4.8 percent year on year, respectively.

Profits in 25 of the 41 surveyed industrial sectors rose compared with the same period last year, 15 sectors saw their profits fall, and one sector's profits remained flat, according to the NBS.