BEIJING, Sept. 27 (Xinhua) -- Profits of China's major industrial firms grew 16.2 percent in the first eight months of 2018, down from a rise of 17.1 percent for the January-July period, data showed Thursday. 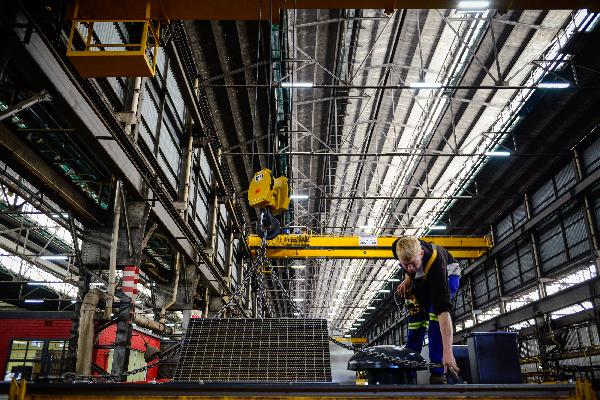 Some 34 of the 41 industries monitored by the government recorded rising profits compared with one year earlier, up from 32 for January-July, according to the National Bureau of Statistics (NBS).

The debt-asset ratios of major industrial firms dropped 0.5 percentage points year on year to 56.6 percent by the end of August.

For August alone, profits of major industrial companies nationwide rose 9.2 percent from one year earlier, decelerating from a rise of 16.2 percent registered in July.

He Ping attributed the slower growth in August to a higher comparative base from last year and a pullback in the growth of revenues and product prices.