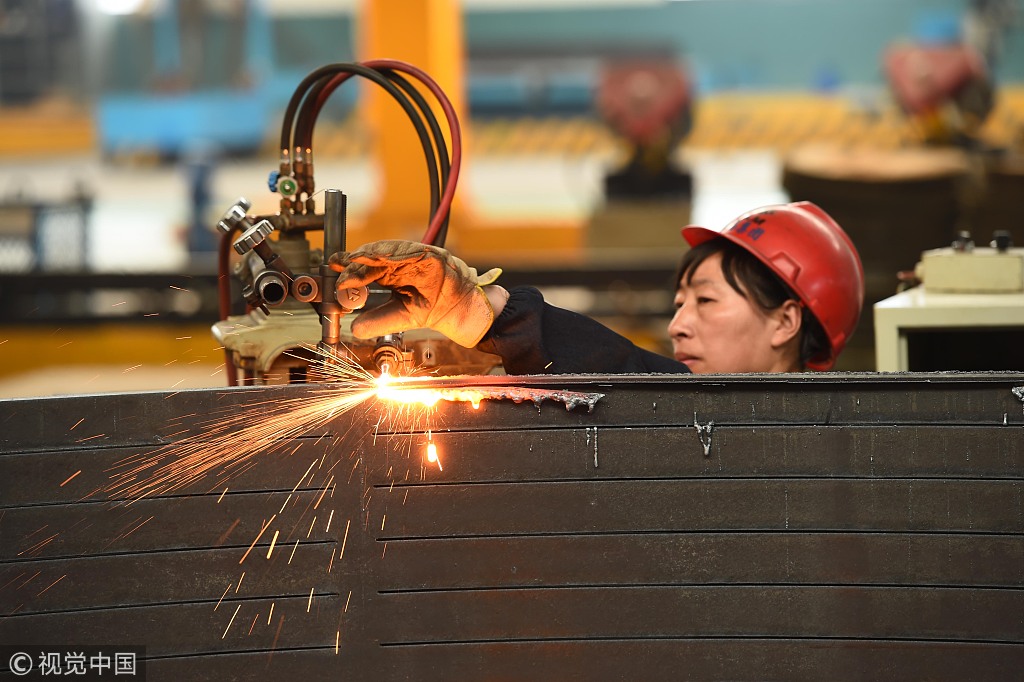 Profits at China's major industrial firms grew 17.1 percent in the first seven months, slightly down from the 17.2 percent expansion for January-June, according to the National Bureau of Statistics (NBS).

In July alone, combined profits at industrial companies with annual revenue of more than 20 million yuan ($2.9 million) went up 16.2 percent year on year, retreating from the 20 percent gain in June.

The narrowing expansion of factory-gate prices and rising purchasing prices dragged down the profit growth in July, said NBS statistician He Ping.

In the first seven months, costs per 100 yuan of revenue dropped 0.38 yuan from the same period last year, according to He.

The debt-asset ratios of major industrial firms dropped 0.5 percentage points year on year to 56.6 percent by the end of July.

He gave credit to the country's supply-side structural reforms, which led to lower production costs and leverage ratios.

Among the 41 industries surveyed, 32 posted year-on-year profit growth during the first seven months.

Manufacturing, which accounted for 84.7 percent of the total industrial profits, saw the sector's combined profits expand 14.3 percent. The mining industry surged to 53.4 percent, while sectors such as power generation, heating, fuel gas and water supply companies went up 17.8 percent.