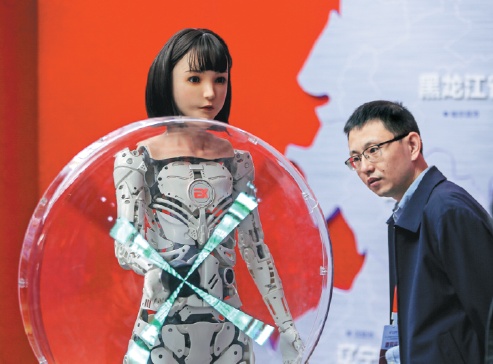 A robot catches the attention of a visitor at the 12th China International Patent Fair held in Dalian, Liaoning province in December. (Photo: China Daily)

In the first 10 months of the year, the country produced a total of 183,447 industrial robots, up 21 percent from the same period last year, data from the Ministry of Industry and Information Technology showed.

During the January-October period, China's major industrial robot makers with an annual business income of at least 20 million yuan (about 3.05 million US dollars) raked in 39.62 billion yuan in combined revenue, up 2.3 percent from a year earlier, the data showed.