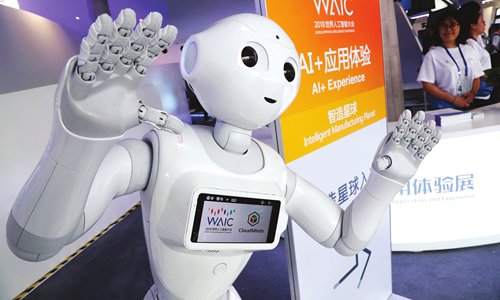 BEIJING, Oct. 2 (Xinhua)-- China's industrial robot output surpassed 100,000 in the first eight months of the year, according to official data.

The country produced 101,717 units of industrial robots during the January-August period, up 19.4 percent from one year earlier, according to the Ministry of Industry and Information Technology.

Its industrial robot production surged 81 percent to 130,000 in 2017, achieving the government's target three years ahead of schedule.

The country announced a guideline in 2016, aiming to triple its annual production of industrial robots to 100,000 by 2020.

The move came as China strives to upgrade its labor-intensive manufacturing sector through technological innovation as it faces a shrinking working age population and rising labor costs.

The guideline said China planned to spread the use of industrial robots in industries such as car manufacturing, electronics, home appliances, aviation, textiles and chemicals.