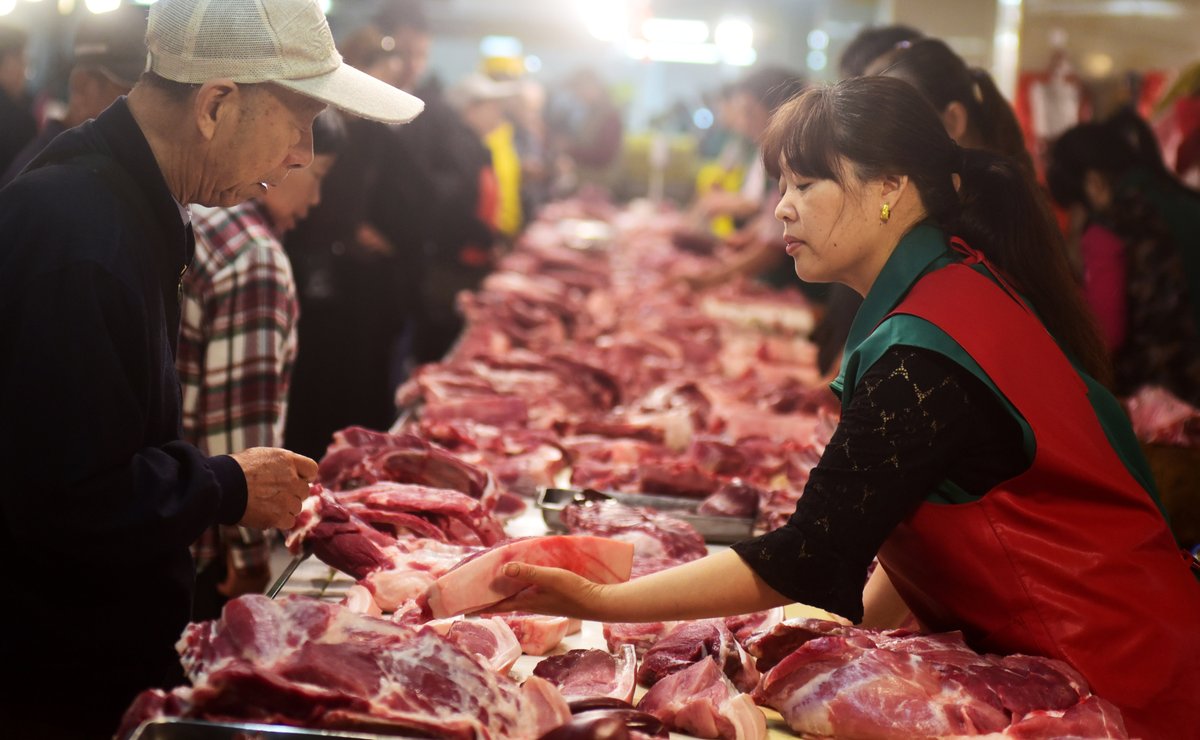 With consumer price growth continuing to be mild and factory prices of industrial products slightly edging up in May, China's inflation remains benign.

Although the prices of eggs and vegetables and mutton surged by 24.7 percent, 10 percent and 13.5 percent, respectively, the price hikes have been largely offset by the decline in fruit and pork prices, according to Sheng.

In May, the price of pork and fruit dropped by 16.7 percent and 2.7 percent, respectively, dragging down food prices by 0.48 percentage points.

As for non-food prices, the costs of health care products grew by 5.1 percent while that of education and housing jumped by 2.7 percent and 2.2 percent, respectively.

On a month-on-month basis, consumer prices fell by 0.2 percent, following the same decline in April.

The CPI breakdown showed that lower food price were still the main factor in the decline, with non-food price inflation staying largely flat.

As domestic retail oil prices rose notably in May, the prices of gasoline and diesel grew by 3.7 percent and 4.1 percent, respectively. Meanwhile, health care, clothing, household items and residence all recorded moderate pick-ups.

Liu Xuezhi, a senior researcher with the Bank of Communications, said the core CPI excluding food and energy edged down to 1.9 percent in May from 2.0 percent in April, the same as the January figure and the lowest in nearly 15 months.

"Real inflation has been mild, and there is no obvious inflationary pressure thanks to the performance of the core CPI and weak new price-rising factors," Liu said.

In May, the producer price index (PPI), a measure of industrial product inflation, rose by 4.1-percent year on year, the highest growth in four months.

The PPI also increased by 0.4 percent month-on-month in May, reversing the decline since February, as factory prices of production materials rose.

In May, the factory prices of production materials edged up by 0.5-percent month on month, compared to a decline of 0.2 percent in April. In February and March, the declines were 0.1 percent and 0.2 percent, respectively.

Sheng said that of the 40 industrial sectors polled, 25 sectors posted higher prices in May, 13 more than in April.

Oil and gas extraction as well as fuel processing have both seen factory prices grow faster as a result of price hikes in the international crude oil market.

The three sectors contributed a rise of 0.3 percentage points to PPI growth, accounting for 75 percent of the index's chain growth, Sheng said.

A separate report from the CICC released on Saturday said that the core CPI remained benign in the past few months, while the food CPI would normalize gradually but stay relatively low in the short term.

"On the other hand, the PPI is likely to stay around 3 percent as commodity prices began consolidating recently," it said.

The recent expansion of collateral for the medium-term lending facility by the People's Bank of China to lower the funding costs of small and medium-sized enterprises has been taken as an early sign of such adjustments.

On Wednesday, the World Bank upgraded its forecast for China's economic growth in 2018 to 6.5 percent, 0.1 percentage point higher than its January forecast. But the growth is estimated to edge down to 6.3 percent in 2019, as regulatory and macroprudential policies are expected to tighten and fiscal policy is anticipated to become less accommodative.

Looking to the future, Liu said that China's CPI will not rebound significantly in the future unless there is a surge in domestic demand.