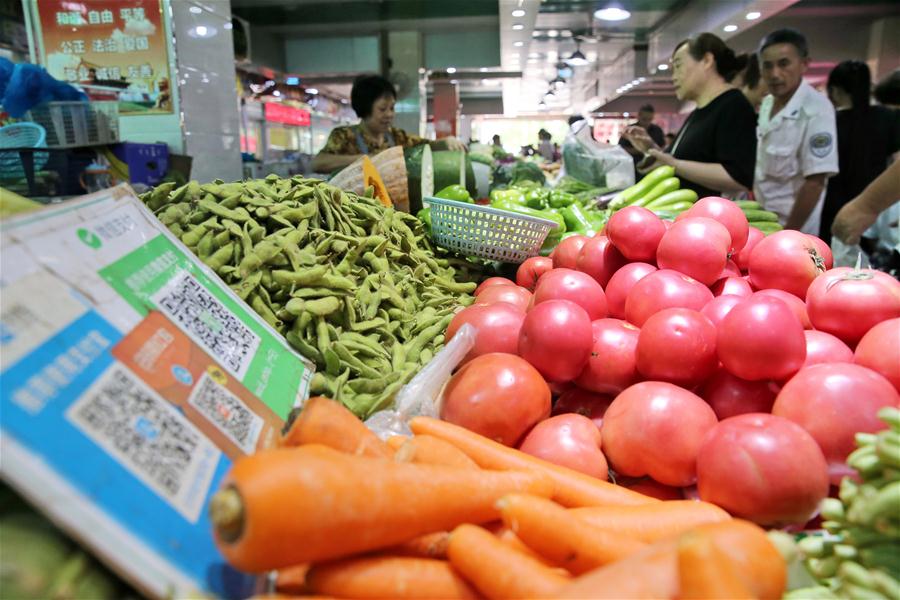 The producer price index (PPI), which measures costs for goods at the factory gate, expanded 9 percent year on year in July, slightly higher than the 8.8-percent growth seen in June.

Extreme weather and a COVID-19 resurgence since July have posed challenges to agricultural production and economic operation in some regions. In central China's Henan Province, for example, unprecedented floods ravaged farmland and disrupted normal lives, while a fresh spike in COVID-19 cases caused mainly by the Delta variant added to the pain.

Authorities have taken swift measures in response to the challenges. The country's top economic planner has called on all localities to strengthen market price monitoring and early warning, and release reserves when appropriate to ensure the supply of the staple goods and avoid sharp increases in prices.

On a monthly basis, CPI increased 0.3 percent, reversing a decline seen in June. Affected by typhoons and heavy rains in some regions, costs for the production, storage and transportation of vegetables rose, contributing to their price increases, Dong noted.

On the industrial side, sharp price hikes in crude oil and coal lifted year-on-year PPI growth in July, but month-on-month data showed that government policies to stabilize commodity prices have taken effect, with mild price declines seen in industries including steel and non-ferrous metals, Dong noted.

The prices of agricultural production materials rose rapidly in July compared with June, with a relatively fast increase in prices of fertilizers and pesticides, NBS data showed.

To ease the pressure of rising commodity prices on the costs of companies, the country has rolled out a string of measures, including releasing national metal reserves and offering liquidity to companies through a cut in banks' reserve requirement ratio.