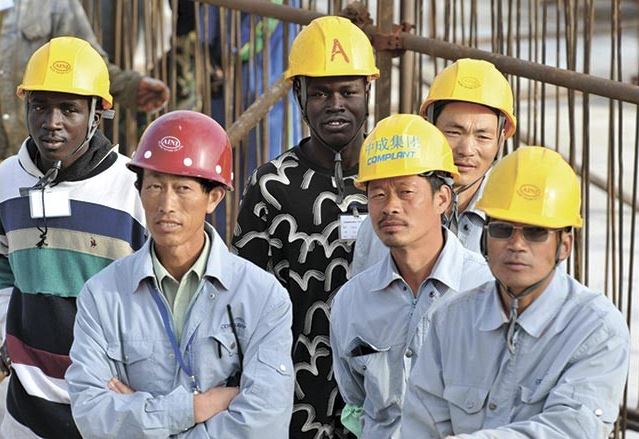 HARARE, Jan. 10 (Xinhua) -- Zimbabwe-China cooperation in infrastructure has an historical background and is key to the development of the southern African nation which is under economic sanction from the West, said Emmanuel Matambo, a Senior Researcher at the University of Johannesburg's Center for Africa-China Studies.

"China was pivotal in supporting Zimbabwe's ruling ZANU-PF during the liberation struggle," he told Xinhua.

"Through its contribution to the TAZARA (a 1,860 kilometer railway connecting Tanzania and Zambia commissioned in 1975) when Western powers and institutions baulked at the idea, China has an illustrious history of being a dependable solution to Africa's infrastructure deficit, " he added.

After Zimbabwe's independence in 1980, China continued to expand its economic investments in the new-born country, building Zimbabwe's National Sports Stadium, a multi-purpose stadium west of Harare.

Relations between Zimbabwe and China deepened during the early 2000s after the United States of America and the European Union imposed economic sanctions on Zimbabwe following the country's controversial land reform exercise that aimed at addressing colonial injustices by redistributing white-owned farms to landless blacks.

The policy pivoted Zimbabwe economically towards the East, with an emphasis on closer economic ties with China.

Construction of the building is expected to trigger more development around the area such as residential areas, government buildings, banks and shopping malls.

Sinohydro, a Chinese hydro power engineering and construction firm, in 2018 completed an upgrade at Kariba South Hydro Power Station where it installed two generators with a capacity of 150 megawatts each.

Sinohydro is also refurbishing Zimbabwe's largest power station, the Hwange Thermal Power Station, at a cost of $1.5 billion. The project is anticipated to create over 3,000 jobs at the peak of its implementation in 2021.

Scheduled to be complete by January 2022, the capacity extension project will increase Zimbabwe's power generation capacity and reduce dependency on imports at a time when the country is facing acute shortage of foreign currency.

The airport expansion is China Jiangsu's second airport development project in Zimbabwe, after it completed the upgrading of Victoria Falls International Airport in 2016, which increased the airport's annual passenger handling capacity to 1.5 million from 500,000.

Speaking at a Bilateral Training Seminar on aviation held in Harare recently, Zimbabwe's minister of Transport and Infrastructure Development Joel Biggie Matiza commended the Chinese for their contribution to the development of Zimbabwe's aviation sector.

"My ministry recognizes that aviation has become a significant contributor to employment and foreign currency in our economy. In this regard, we have embarked on programs to develop our aviation industry to world-class standards. We have been able to make great strides in this endeavor partly due to the support provided by China," Matiza said.

"As a ministry we call it a game changer in aviation as indeed following the completion of the works we have witnessed an influx of airlines into the airport, " he said.

"Every country has an appetite for debt," he said, "the ability to borrow enables people and whole countries to satisfy needs more quickly."

"Many years might be needed to save enough from current earnings to pay cash for important assets, but loans to buy the assets now, if the assets are well-chosen, can help the person or country work so much more efficiently that they find it easier to earn and save enough money to repay the loans. The careful use of borrowed money can therefore accelerate development," Robertson added.

"Many of China's loans to Africa have been necessary because the African governments believe they can retain control if they seek loan capital instead of equity capital," he said.

"Even under Build-Operate-Transfer arrangements, government is intending to bring the development under total government control eventually," he said.

Godfred Sowah Khartey, an international relations expert and teaching assistant at China's Xiamen University, said Africa's gradual shift from traditional lending institutions is as a result of the nature of conditionalities placed on loans.

"Africa's quest to realize and attain respectable developmental status has seen her moving and looking East, mainly to China for infrastructure and other developmental projects," he said.

"With the Belt and Road Initiative, which seeks to create a community of a shared future for mankind, China has positioned itself as Africa's friend and a nation that understands what it means to develop in a world of uncertainties," he added.