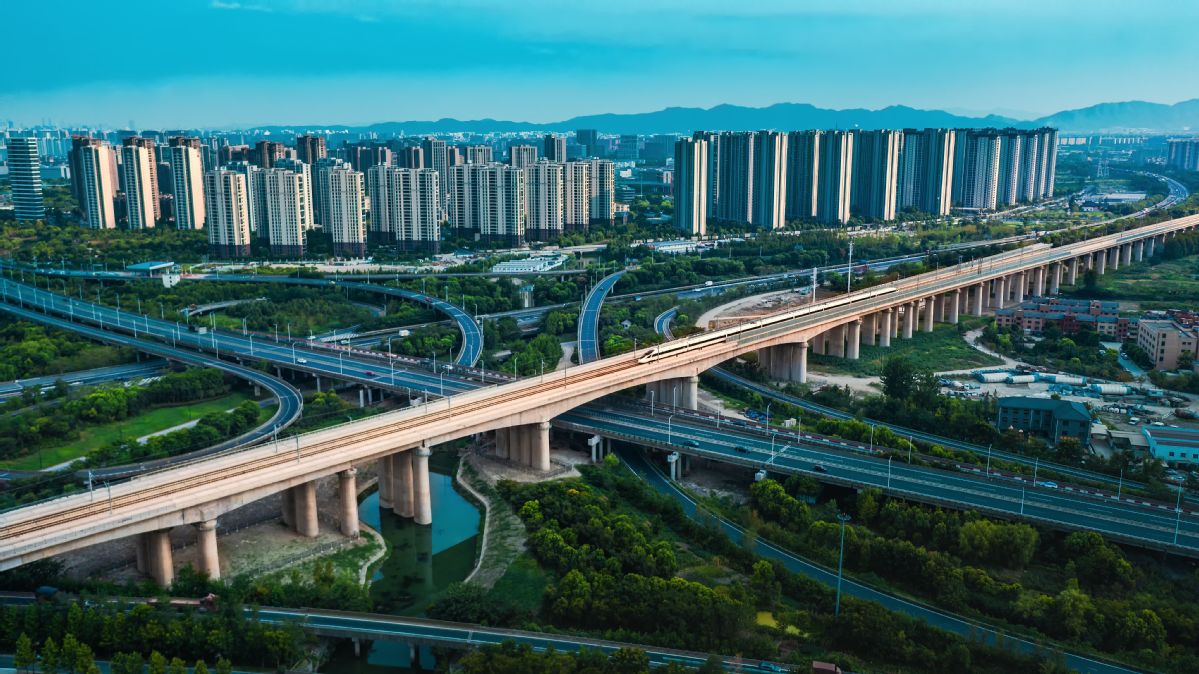 China's infrastructure network has continued to improve during the past decade, with more balanced distribution and better quality and services, according to a press conference of the National Development and Reform Commission on Monday, CCTV News app reported.

The passenger and freight transportation volume of China's railway, highway, as well as port throughput and power generation has also topped the world for years.

By the end of 2021, the number of mobile subscribers and internet users reached 1.82 billion and 1.03 billion, respectively, in China, 1.8 times and twice that of 10 years ago.

The penetration rate of 4G and 5G users in China reached about 87 percent by the end of 2021, with the scale of 4G network topping the world for a long time, according to the NDRC.