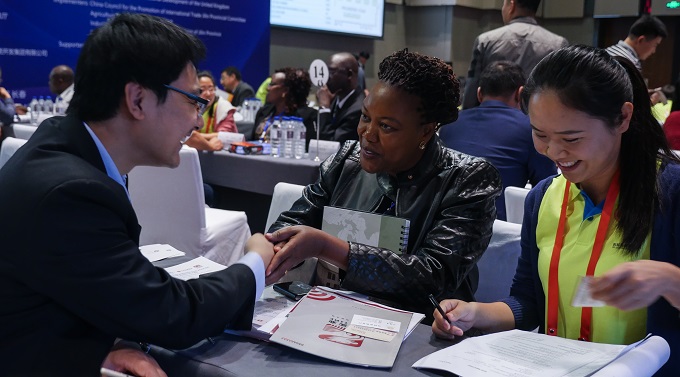 China's investment stock in Africa has increased from 210 million U.S. dollars to 47.35 billion dollars since the establishment of the Forum on China-Africa Cooperation in 2000, according to a report released Thursday.

Based on China's evaluation of 54 African countries' economic scale, industrial structure, investment vitality, risk factors, investment environment and potential, the report released by Shanghai University of International Business and Economics summarized the key factors that will have a bearing on investment in Africa as well as its future trends.

According to the report, Chinese enterprises have made great contributions to Africa's industrialization, social stability and economic prosperity by improving technology transfer, strengthening local procurement and providing job opportunities.

In terms of investment stock, South Africa, the Democratic Republic of the Congo, Angola, Zambia, Ethiopia, Nigeria, Ghana, Algeria, Zimbabwe and Kenya were the top 10 countries, accounting for 63 percent of China's direct investment stock in Africa.

The report noted that the outbreak of COVID-19 had not affected the landscape of economic cooperation between China and Africa, but instead inspired China and African countries to join hands to overcome difficulties.

However, the report also indicated that, though China has become one of the major investors in Africa as its investment in the continent continues to grow, Africa is still lagging far behind other continents in terms of investment from China.

The continent accounted for only 2 percent of China's foreign investment flow in 2019 and investment stock over the years, indicating China's investment potential in Africa has yet to be tapped.

The report will be released annually, according to the Shanghai University of International Business and Economics.