BEIJING, Feb. 5 (Xinhua) -- China's consumer price index (CPI), a main gauge of inflation, is expected to go up in January, said Lian Ping, chief economist at the Bank of Communications in a research report. 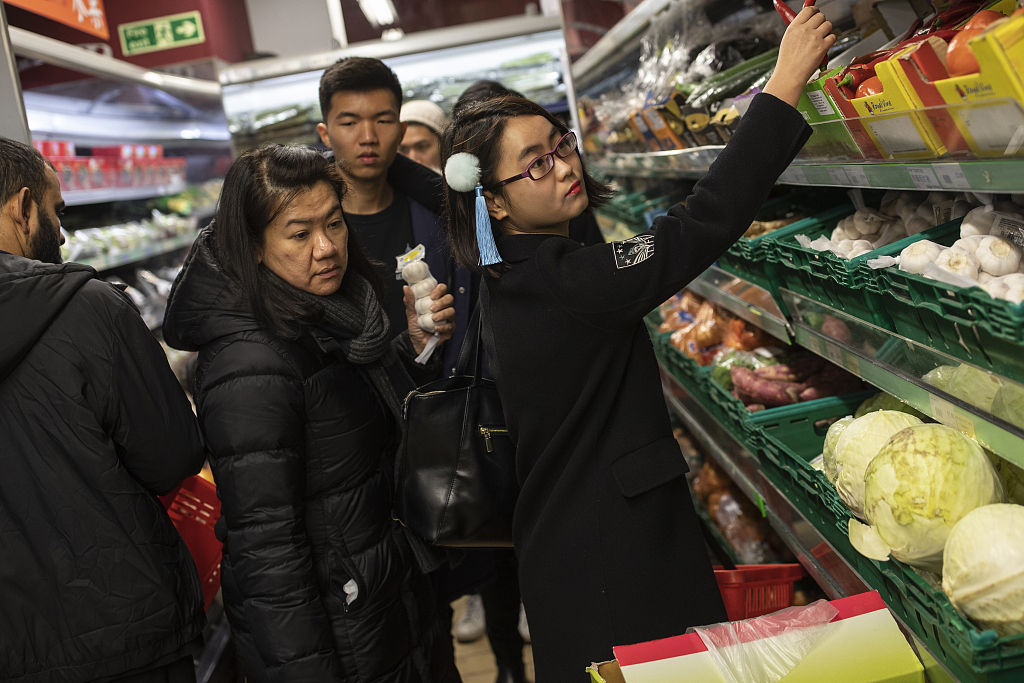 The CPI is expected to rise 2 percent year-on-year in January, slightly up from 1.9 percent registered in December last year driven mainly by rising food prices, according to Lian.

Prices of vegetables and aquatic products went up in January as people were stocking food for the Spring Festival holiday starting Feb. 4.

Lian predicted the CPI in February would ease to less than 2 percent due to a carry-over effect.

The National Bureau of Statistics (NBS) will release the official January CPI data on Feb. 15.

NBS data showed China's CPI for 2018 rose 2.1 percent year on year, up from 1.6 percent for 2017. It exceeded 2 percent for the first time in the past four years, but was well below the government's target to keep the CPI increase at around 3 percent in 2018.