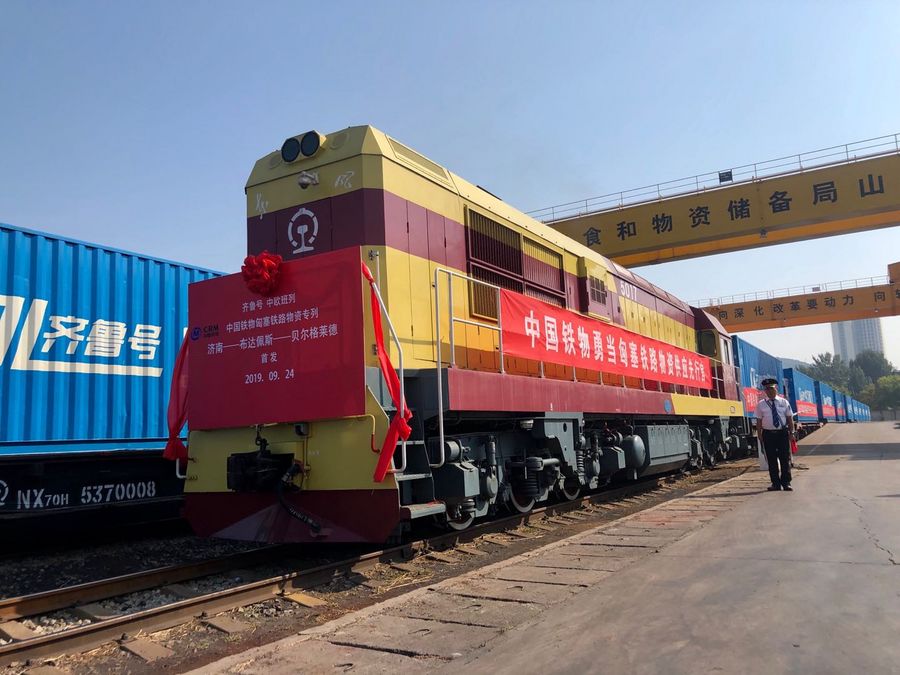 The train, carrying goods worth approximately 3.35 million U.S. dollars, is expected to cross China's border through the northwestern land port of Horgos and reach Kazakstan in 12 days, according to the local railway operator.

In the first four months of this year, a total of 186 freight trains departed from Jinan to Europe and Central Asia, up 32.9 percent from the same period last year.