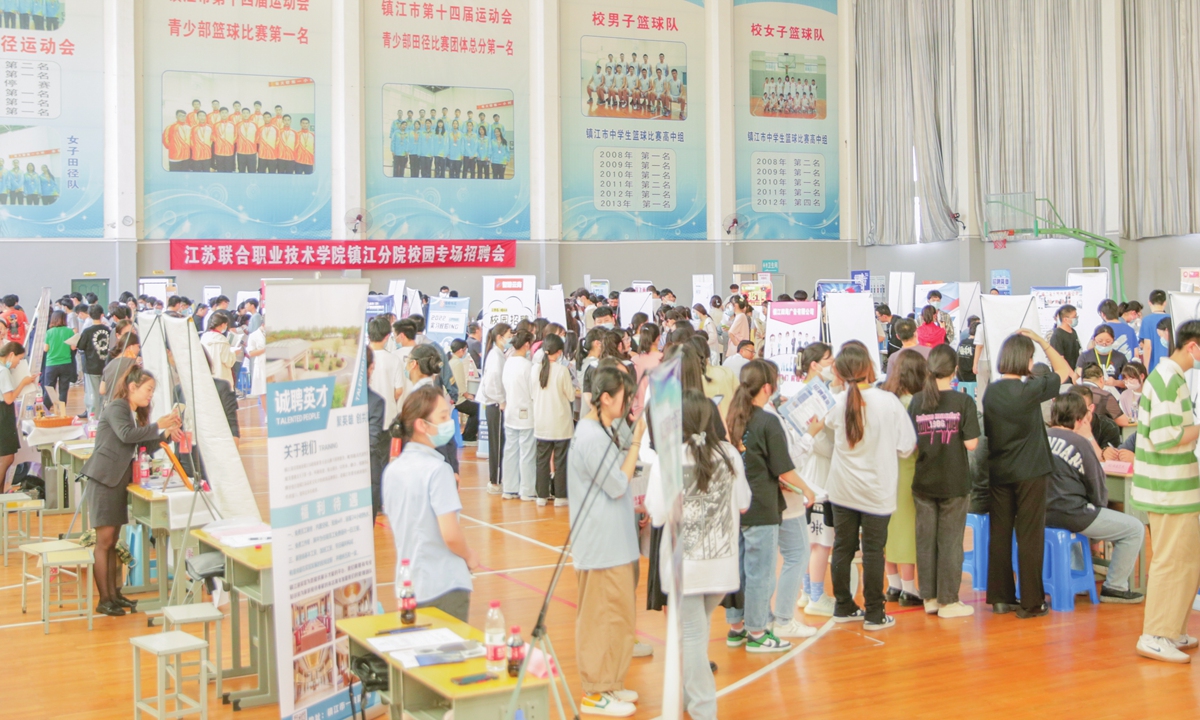 China's unemployment has witnessed a consecutive decline for three months, official data showed on Monday, as China ramps up efforts to cut jobless linked to the COVID-19 epidemic.

Meanwhile, the youth jobless rate hit a record high of 19.9 percent due to the graduation season, according to the National Bureau of Statistics (NBS).

The number of college graduates in 2022 is expected to reach 10.76 million, exceeding 10 million for the first time, which is 1.67 million more than 2021, according to the Ministry of Education.

The surveyed urban unemployment in July was 5.4 percent, down 0.1 percentage points compared with the previous month, Fu Linghui, a spokesperson from the NBS, said during a press conference.

Urban unemployment stood at 6.1 percent in April, followed by 5.9 percent in May, and 5.5 percent in June.

The official said the improvement in job market is due to continuous measures taken to fight against the epidemic together with measures to stabilize employment, further noting that the employment rate for those aged between 25 to 29 years is improving.

Besides, the job market in urban areas also improved, with the surveyed urban unemployment rate in 31 large cities in July standing at 5.6 percent, down 0.2 percentage points from the previous month, Fu said.

In comparison, the youth jobless rate climbed to a record of 19.9 percent in July, compared with 19.3 percent in June and 18.4 percent in May.

Youth employment tracks those aged between 16 to 24 years old.

July is the graduation season, and a large number of graduates entered the labor market for the first time, pushing up the unemployment rate among youngsters, Fu said.

Moreover, businesses have slowed their pace of recruitment due to the impact of the epidemic. In particular, the slow recovery of the tertiary industry has also hindered the employment of young people. Also many younger people for more stable jobs, which has caused a gap between job-hunting and demand, Fu said.

Although the domestic job market is facing mounting pressure due to COVID-19, Chinese authorities have been implementing supportive policies in attempt to ease the situation.

In general, thanks to the domestic economic recovery and employment stabilization policies, especially measures targeting on youth employment, the overall employment situation will gradually improve and remain stable, Fu said.