Short-term impact on growth will not hamper long-term fundamentals 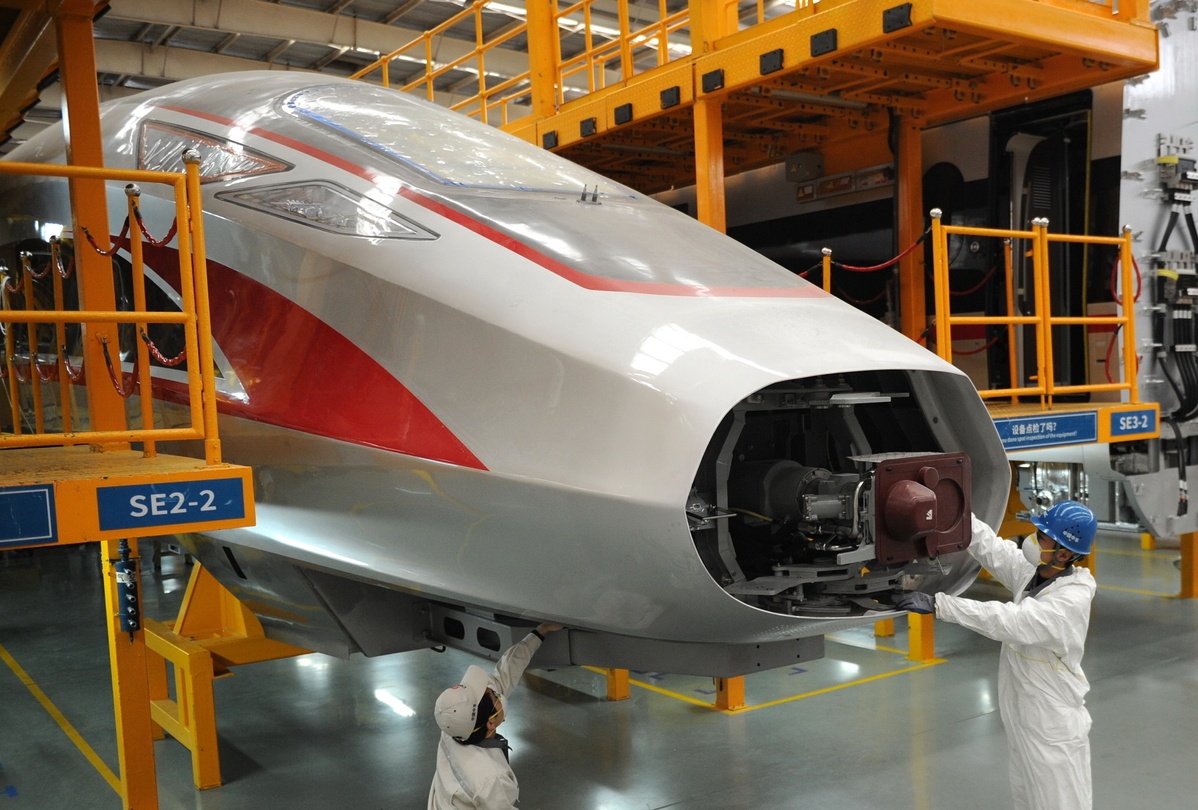 A technician works on a production line of high-speed trains in Qingdao, Shandong province, on Monday. (Photo: China Daily)

China's importance to the global economy and trade will support its recovery in the long term, despite the likelihood of growth getting impacted by the novel coronavirus outbreak in the first six months of this year, said a senior executive of an international organization.

Though affected by the outbreak, China will make a steady recovery as the country is one of the most important economies in the world and remains deeply integrated with the global supply chain, said John Denton, secretary-general of the International Chamber of Commerce.

The Paris-headquartered ICC is the world's largest business organization, serving as the institutional representative of more than 45 million companies in over 100 countries and regions. It has offices in Beijing, Shanghai and Hong Kong.

Supported by its global network, the ICC has been working to identify effective measures that can be put into place to aid authorities and minimize disruptions to global supply chains. Its China team, the China Chamber of International Commerce, and related government branches offer information on risk management, force majeure certificates, travel and immigration policies to Chinese companies.

"The rapid spread of the virus has proved challenging," said Denton. "If we are to draw lessons learned from China's handling of this outbreak, it should be to identify what worked well and what could have been improved upon."

That should also include looking at how to use technologies, such as artificial intelligence, to ensure governments are able to address future public health emergencies quickly, effectively and transparently, said Denton.

From a public health perspective, the ICC wishes to see the Chinese government work more closely with businesses to strengthen the nation's response planning for future emergencies.

China will continue to attract foreign investors looking to expand into China, despite the temporary closure of many businesses and operations, said Denton, who believes that the significant investment in recent years in areas such as technology and renewable energy will benefit the Chinese economy and sustainable development in the long term.

China remains capable of attracting global investment this year, as foreign direct investment from nonfinancial sectors in the Chinese mainland grew 4 percent year-on-year to 87.57 billion yuan ($12.68 billion) in January, data from the Ministry of Commerce showed.

For companies from the developed nations, it is not cost-effective to reshape their industrial layout and move their businesses out of China to economies such as Southeast Asia or other developing countries, said Wang Tao, chief China economist at Swiss financial group UBS.

"Those economies certainly cannot compete with China in terms of healthcare system, industrial and infrastructure foundation, national resources and the ability for epidemic control," Wang said.

Once the virus outbreak is contained, its impact on the national economy will gradually ease and be offset by the expected quick rebound in post-epidemic economic activities, said Li Jin, chief researcher at the China Enterprise Research Institute in Beijing.

Though the services sector has been hit by the epidemic, it has increased the use of new technologies such as 5G communications, cloud gaming, augmented reality and virtual reality, service robots and drones, as well as cross-industry collaboration in building large-scale facilities within a short period for emergency purposes. It will also create huge business opportunities in both home and global markets, Li said.