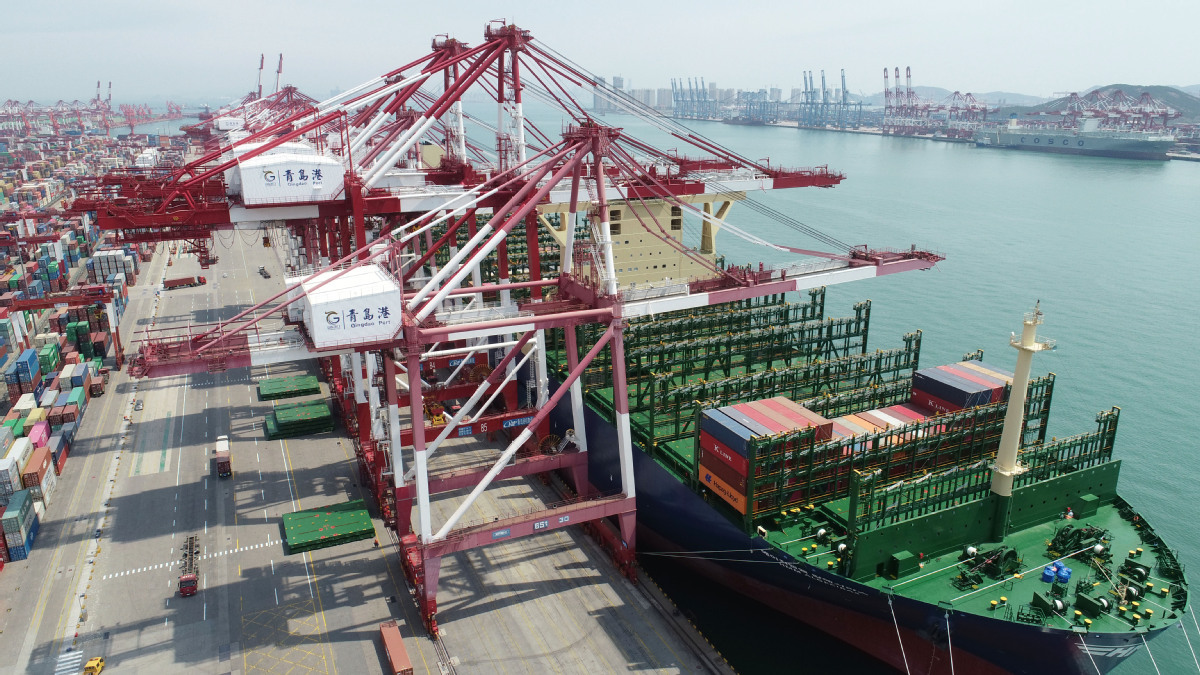 China and South Korea have agreed to accelerate the formulation of the joint plan for bilateral economic cooperation (2021 to 2025) and push for the timely signing of the Regional Comprehensive Economic Partnership agreement to jointly promote an open global economy, the Ministry of Commerce said on Monday.

Eager to shake off the effect of the COVID-19 epidemic, and stabilize global economic growth and supply chains, the two countries have agreed to further promote the Belt and Road Initiative and South Korea's New Southern and Northern policies to upgrade the quality of bilateral business cooperation, the head of the ministry's department of Asian affairs said in a statement.

The New Southern Policy aims to elevate South Korea's strategic ties with the Association of Southeast Asian Nations and India, in the process cooperating with other major economies, such as China, Japan and the United States. The New Northern Policy aims to boost economic and political ties with countries to the north of South Korea, according to the country's Ministry of Trade, Industry and Energy.

The official's remark came after the two countries held a meeting in Qingdao, Shandong province, on Saturday, the first face-to-face meeting on bilateral business cooperation since the pandemic started.

Senior commerce and trade officials from both sides also agreed to step up trade and investment ties to create a fair and nondiscriminatory commercial environment for companies to gain more access to invest and operate in each other's market, according to the statement.

Led by Li Chenggang, assistant minister of commerce, and Lee Seong-ho, South Korea's deputy foreign minister for economic affairs, both sides exchanged views and reached a number of consensus on enriching their economic and trade relations, as well as relevant regional and multilateral economic and trade activities in the context of virus prevention and control.

Because these nations are major manufacturing powerhouses and outbound direct investors in Asia, taking advantage of bilateral and trilateral FTAs will certainly upgrade the level of trade liberalization for cargo, services and investment between them. These free trade deals will be comprehensive, high-level and beneficial to all of them, said Wei Xiaoquan, a researcher specializing in regional economic development at the University of International Business and Economics in Beijing.

"It will also tap into the potential for bilateral and trilateral economic and trade cooperation, enable deeper integration of industrial chains and provide fresh momentum for the global economy, especially in areas like high-end manufacturing, 5G, healthcare, modern transportation and infrastructure development," he said.

Bilateral trade between China and South Korea amounted to 922.71 billion yuan ($132.23 billion) during the first half of this year, down 2.6 percent on a yearly basis as many businesses from both sides were affected by the contagion since January, data from the General Administration of Customs showed.

Buoyed by China's growing demand for medical gloves and related materials like nitrile butadiene latex, South Korea's LG Chem Ltd invested 330 million yuan on a new manufacturing facility in Ningbo, Zhejiang province, to produce nitrile butadiene latex in the second quarter of this year. The project is expected to be operational by April 2021, with an annual output of 100,000 metric tons.