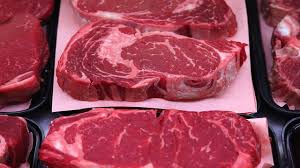 China’s largest online retailer has signed a deal with the Montana Stockgrowers Association to buy $200 million worth of Montana beef over the next three years and to build a $100 million slaughterhouse in the state.

The deal calls for Montana ranchers to supply beef to JD.com starting in January and continuing through 2020. Stockgrowers spokeswoman Kori Anderson says that’s an estimated 40,000 to 50,000 head of cattle.

Construction on the packing plant is expected to start next spring. A location hasn’t been determined.