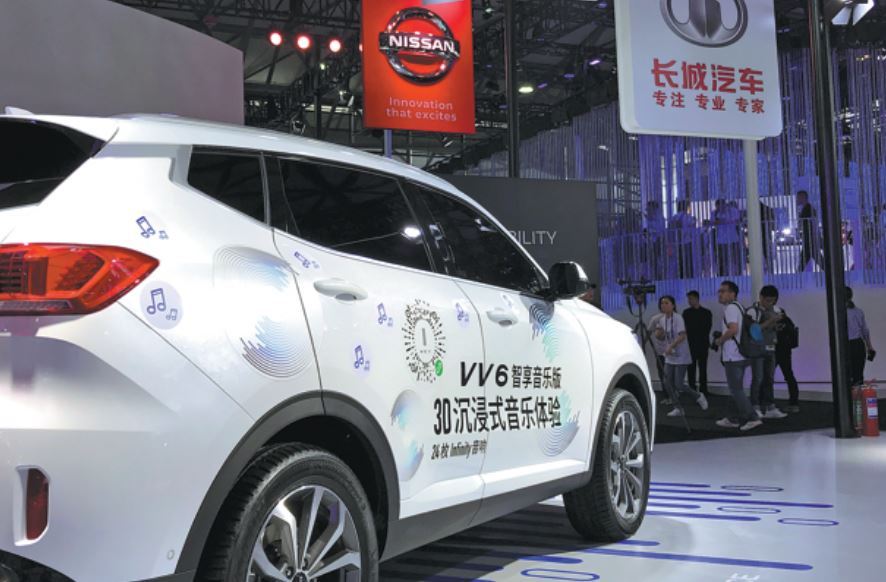 A VV6 model from Great Wall Motors is shown at the CES Asia show in Shanghai. (Photo: China Daily)

Great Wall pick-ups further strengthened their dominant position in the market in October with sales of 20,405 vehicles, a year-on-year growth of 28 percent.

With an accelerating globalization strategy, GWM sold 10,804 vehicles overseas in October, up 148 percent year-on-year. From January to October, its total sales volume in the overseas market reached 52,261 units.