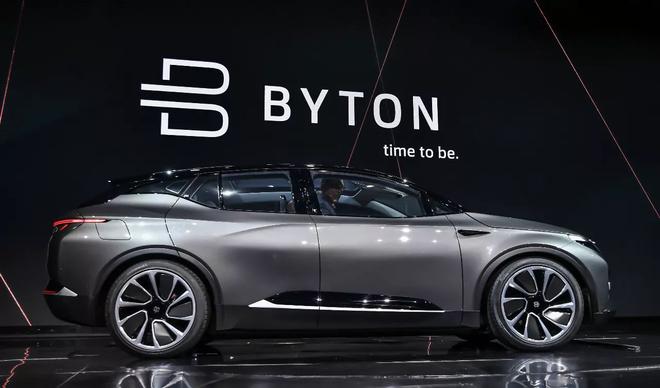 "When Byton committed to creating the first smart device on wheels, this is exactly the kind of engagement we had in mind," Byton CEO Daniel Kirchert told a press conference on Sunday. "The Byton M-Byte with its unique user experience will offer developers the opportunity to present in-car interactions in a way that is more engaging than ever before."

Headquartered in Nanjing, China, Byton is the only Chinese electric car producer to attend the CES 2020, which will kick off on Tuesday.

The M-Byte is scheduled for volume production in mid 2020, first available in the Chinese market and later in the U.S. and European markets in 2021, Kirchert told Xinhua.

The electric SUV features a digital cockpit that improves the driving experience, including an eye-catching 48-inch Shared Experience Display that is the world's largest in-car display for a production automobile, a driver tablet at the center of the steering wheel, a touch pad between the driver and the front passenger, independent rear-seat entertainment screens and multiple interaction modes with the vehicle.

Byton also announced a developers program to enable innovators to create applications for in-car experience, centered on the 48-inch display.

Founded in 2016, Byton set up its manufacturing base and research and development center in Nanjing, and established offices in Munich, Germany, and Silicon Valley, the United States.

"We are rooted in China because we believe China is the only place where we can do it," Kirchert said.

China's innovation and entrepreneurship environment is full of vitality, and the Chinese central government and local governments have provided great support for the development of new energy cars, he added.

Byton has introduced German automobile technologies and designs while aiming to realize production of vehicle parts in China.