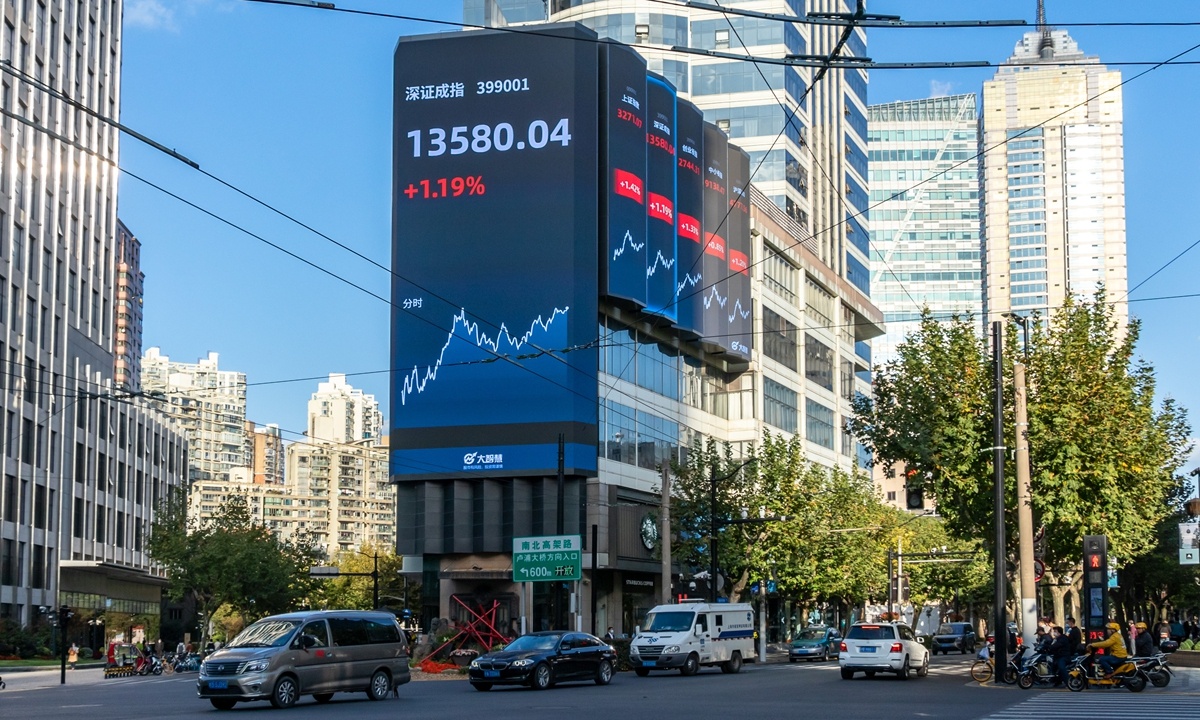 Screens on the street of Nanjing Road West in Shanghai show Chinese A-share indexes going up on November 3. (Photo: cnsphoto)

A majority of China's A-share listed firms have allocated more funding to R&D investment since 2019, to be in lockstep with the nation's 14th Five-Year Plan (2021-25) which prioritizes on home-technology innovation.

Aligning with the 14th Five-Year Plan, which prioritizes tech innovation, Premier Li Keqiang said in China's 2021 government work report that market-based mechanisms should be used to encourage businesses to innovate.

According to the 2021 central government work report, the 75 percent tax deduction policy for corporate R&D spending will remain unchanged, and the percentage of deductions for manufacturing companies will be increased to 100 percent. Tax incentives can be used to encourage businesses to increase their investment in R&D and develop innovatively.