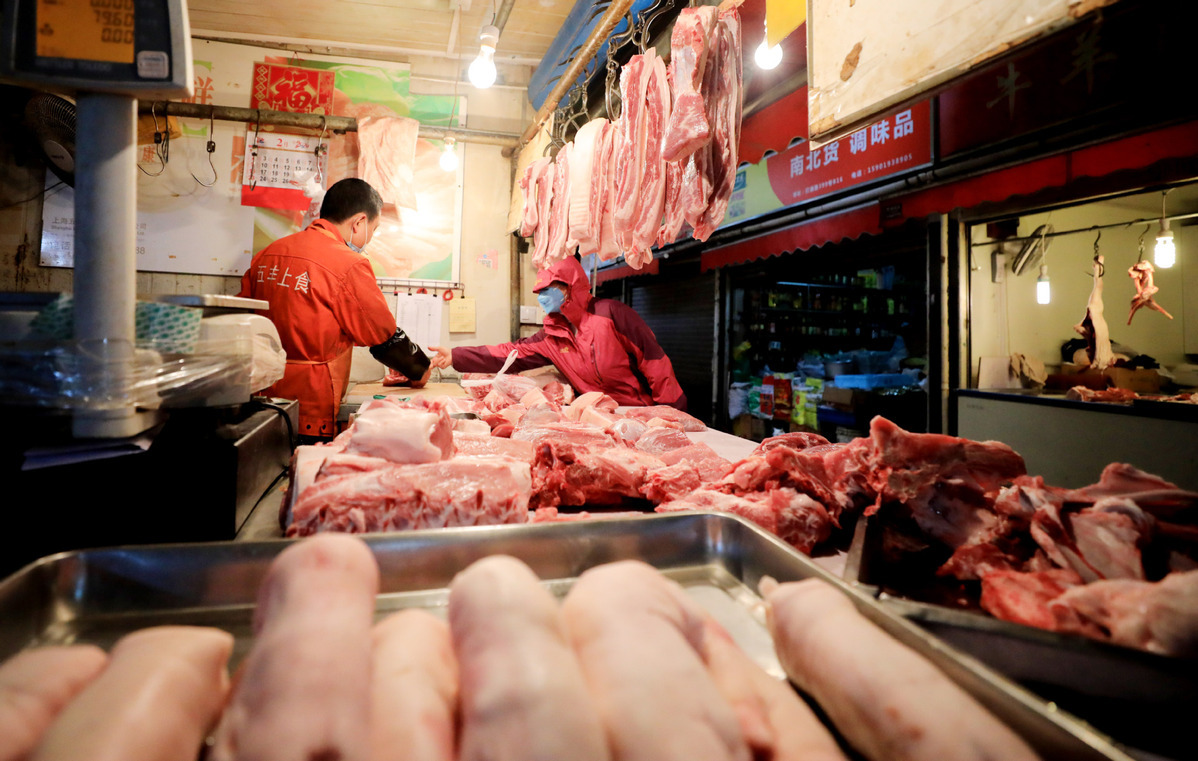 BEIJING - China's livestock product and slaughtering sectors have basically resumed work and production as containment of the COVID-19 outbreak is improving in the country, according to the country's agricultural ministry.

By Monday, 87 percent of 9,711 qualified feed producers had resumed operation, and feed production saw a 2-percent growth in the first two months from the previous year, Wei Hongyang, an official with the Ministry of Agriculture and Rural Affairs told a press conference Thursday.

The slaughtering industry also reported a work resumption rate of 87 percent among hog-slaughtering enterprises in the country and 83 percent of poultry slaughterhouses in 16 provincial-level regions had returned to work, Wei said.

Meanwhile, about 85 percent of companies related to veterinary drugs had also resumed production by Monday, while all manufacturers of vaccines for the highly pathogenic avian influenza and foot-and-mouth disease are operating, according to Wei.

The ministry has also been helping the live poultry trading markets resume business in an orderly manner and promote sales in areas with difficulty in selling, which have made solid progress, Wei added.