The number of online livestreaming service users in China reached 617 million in 2020, according to a report on the development of China's livestreaming industry. 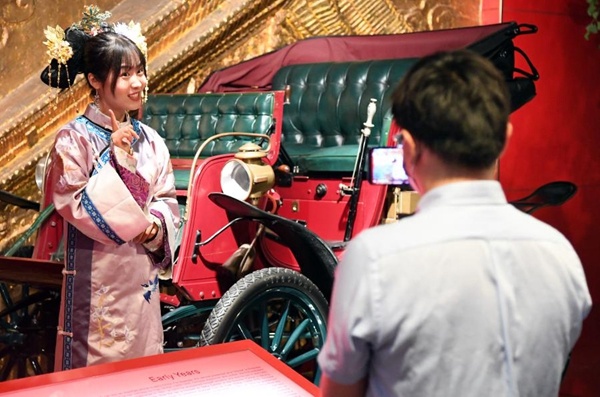 Zeng Hongjuan (L) introduces car collections to the audience by telling stories via live streaming at Beijing Auto Museum in Beijing, capital of China, May 18, 2020. [Photo/Xinhua]

The number of livestreaming anchor accounts exceeded 130 million by the end of 2020, said the report released by the livestreaming branch of the China Association of Performing Arts on Tuesday.

Livestreaming in China was already burgeoning even before the COVID-19 epidemic, with the industry market estimated to be worth over 193 billion yuan (about 30 billion U.S. dollars) in 2020, according to the report.