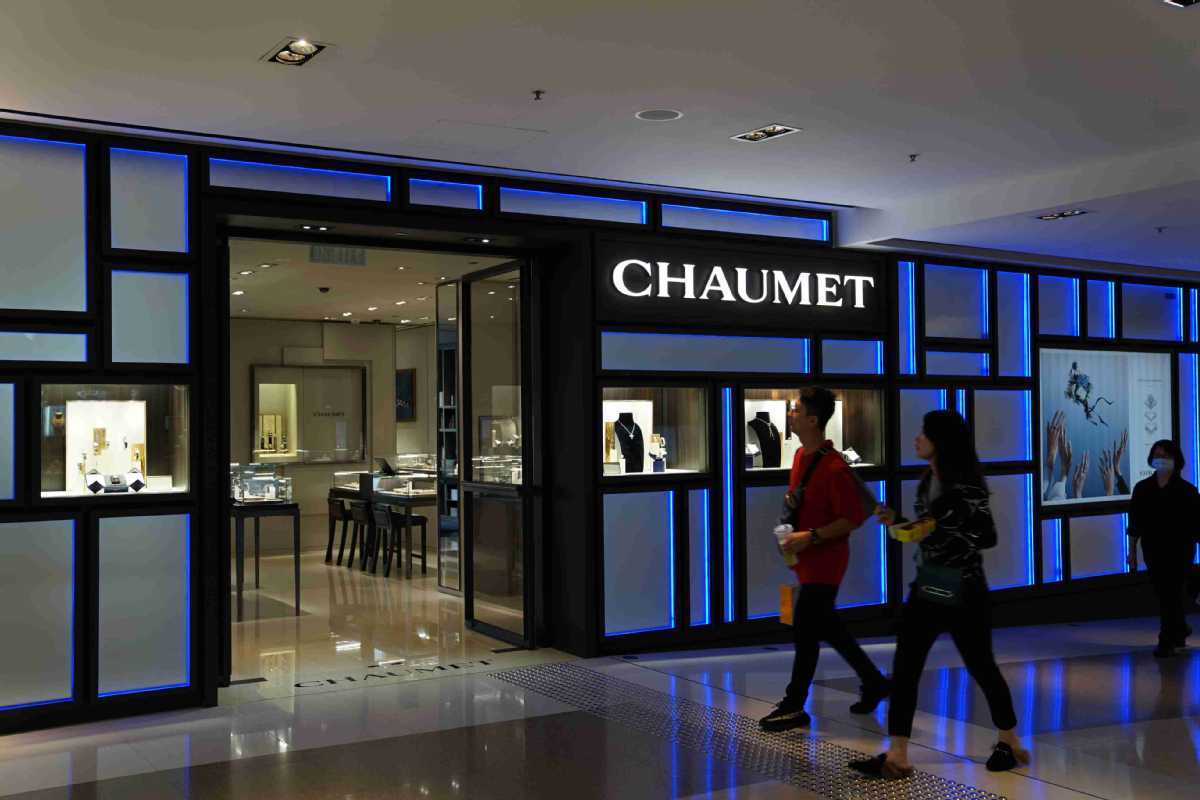 Consumers pass a Chaumet store in Hong Kong. Chaumet is a luxury jewelry brand based in Paris. (Photos: CHINA DAILY)

Due to the novel coronavirus pandemic, the luxury market last year inevitably encountered a slowdown. But the Chinese market has surfaced as a bright spot.

After an understandably rocky start, China's luxury goods market finished out 2020 with double and even triple-digit growth rates for some brands.

Bucking global forecasts of a 23 percent drop in the luxury market, the country is forecast by consultancy Bain & Co to enjoy a robust 48 percent growth in luxury spending in 2020, totaling almost 346 billion yuan ($53.5 billion).

Such trends have nearly doubled China's share of global luxury goods from 11 percent to 20 percent, and will put it on path to become the biggest market worldwide by 2025, even after the global luxury market returns to pre-COVID-19 levels.

"China's luxury market has experienced increasing repatriation since 2015 thanks to a reduction in import duties, stricter control over gray markets and brand price harmonization (between China and overseas)," Lannes said.

"With the addition of COVID-19-related travel restrictions, the Chinese mainland's portion of Chinese global luxury purchases last year reached a peak of about 70 percent to 75 percent."

Increased wealth, driven by capital gains and the government's encouragement of shopping, also played a part.

Dubbed "Home to Luxury", the event only invited so-called Very Important Person consumers whose spending amount at the mall complex reached a certain threshold during the past year, the company said in a statement. A number of brands from Bottega Veneta, Chaumet to Gucci unveiled some 100 new products or limited-edition items to attract the attention of novelty-seeking and deep-pocketed buyers.

Customers were able to skip traditional long lines seen at luxury boutiques and were pampered with a number of treats, interactive game-plays and personalized services.

"Shanghai is one of the most important cities in the world … and Plaza 66 hosts the most prestigious luxury brands from the world," she said. "Despite the pandemic, China has resumed a relatively normal and almost dynamic environment for those to continue experiencing luxury without needing to travel overseas."

Offering a bevy of iconic pendants and rings, Belli recognized Pomellato as a "relatively young brand and later entrant to this market". 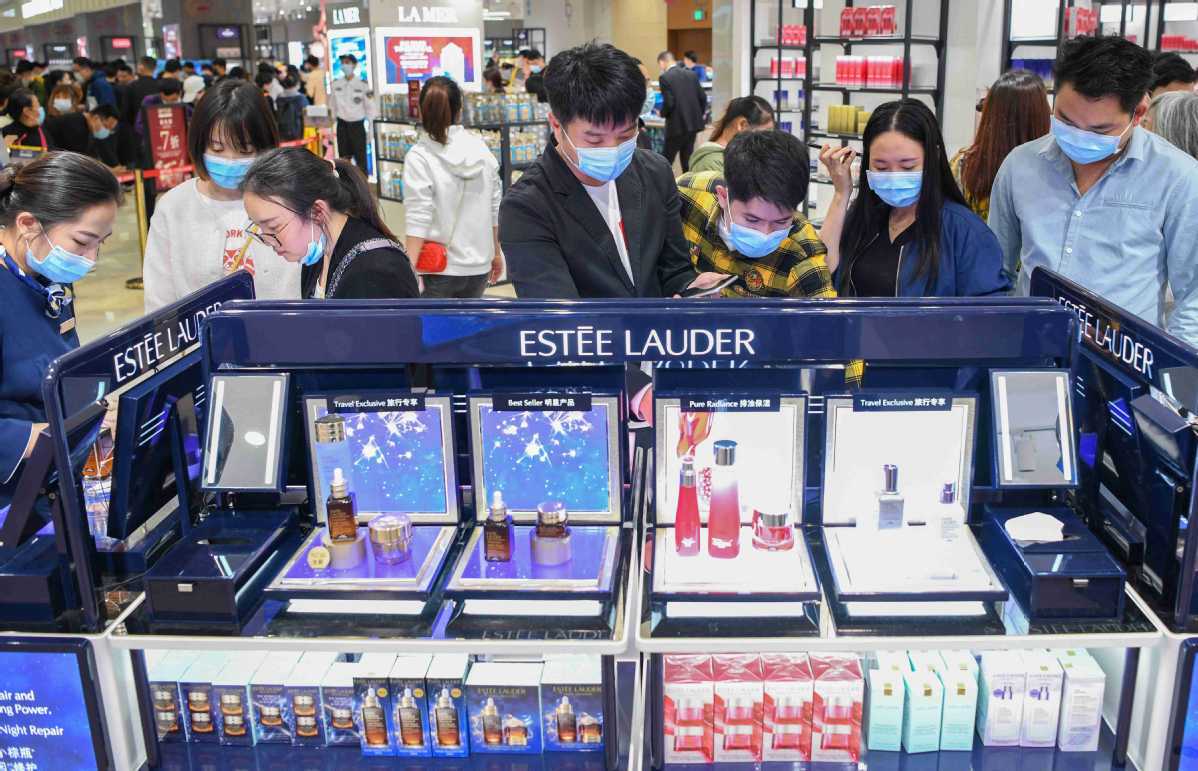 But that also means opportunities for the company, as local consumers and their mindsets are fast-changing demand expanding to different products.

"Chinese consumers are very sophisticated and open minded. They are looking for newness, uniqueness and exclusivity. Their attention focuses on brands that are distinctive," she said.

Belli noted that compared with traditionally conservative luxury jewelry, the brand allows precious jewels to be suitable for everyday wear, and allows the combination of understatement and playfulness with sophistication.

"So we have … a lot of confidence to appeal to Chinese looking for an alternative Italian brand, authentic, genuine and a distinctive positioning," Belli added.

This constant thirst for novelty in luxury items could be better understood through the unique composition of luxury spending profiles in the Chinese market. Bain found that China's Generation Z consumers (born after 1995 and making up about 80 million people) are now an emerging source of market growth in their own right, as well as possessing a powerful influence on increased digitalization.

A joint survey by Bain and Alibaba's retail marketplaces Tmall and Taobao suggests that surveyed Gen Z respondents typically make their first luxury purchase at the age of 20. They tend to value "the pursuit of fashion" as purchase impulses, favor cross-brand collaborations and use only digital channels to research brands.

For Belli, omnichannel penetration is definitely key to providing important means for reaching and appealing to both a broader and a younger audience. Efforts include social digital platforms such as WeChat's mini program, which supports information searching and order placement.

"We are also committed to including new technological innovations which include augmented reality technology which echoes with the digital savvy luxury clients in China," she said.

Digitalization efforts are also paying off for British luxury brand Burberry. The Chinese mainland excelled versus other markets in leading full-price sales growth in the triple digits on digital channels, the company said in its latest quarterly report in December.

Full-price sales in the fourth quarter increased at an even stronger pace and strengthened over the prior quarter, which was driven by both new and existing customers while markdowns were materially lower.

Through a dedicated mini program backed by WeChat, Tencent's iconic messaging app, customers can unlock exclusive content on the brand and personalized experiences, and then share them with their communities.

Josie Zhang, president of Burberry China, said that with the younger Gen Z consumers shaping up to be the backbone for luxury brands, "their desire for socializing, interaction and sharing is propelling us to delve into the realm of social retail".

At the end of the day, dividends of lockdown-driven repatriation will inevitably diminish as Chinese luxury-good consumers begin to travel again in 2022 or 2023, said Lannes from Bain. But he believed brands will have at least one year and possibly two to woo shoppers and convince their consumers that domestic shopping is a better, more sustainable experience.

The Bain study found that nearly three-quarters of existing consumers in the millennials and Gen Z demographics have said they will increase or maintain their luxury spending this year.

"Also, we believe Chinese luxury consumers' online shopping behavior has permanently changed. Nearly 40 percent said they plan to increase their share of online luxury shopping over the next few years, and another 40 percent will maintain their share," Lannes said.