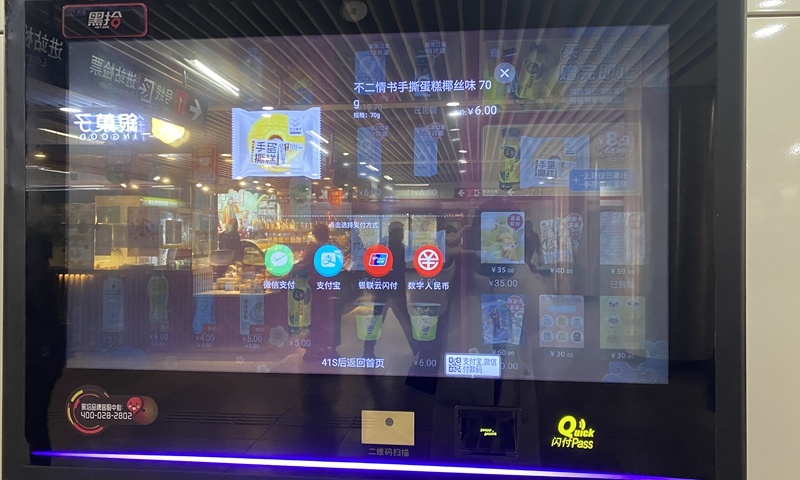 China's six state-owned banks, which have already been participating in the distribution of digital yuan, and have begun accepting public applications from Chinese citizens on opening their own trial digital renminbi wallets, as part of a move that would pave way for the digital currency's nationwide application.

Chinese citizens in major cities including Beijing and Shanghai are able to file application in the six state-owned banks' branches to be entitled in the "white list" for digital yuan tests, the Global Times learned. The six banks include Bank of China, China Construction Bank, Industrial and Commercial Bank of China (ICBC), Agricultural Bank of China, Bank of Communications and Postal Savings Bank of China.

Most of the six banks' branches will provide QR code which applicants could scan, register information and file for application. But some applications may not pass as they don't satisfy all requirements, according to media reports.

Successful applicants will receive message with a link to download central bank's digital renminbi wallet app. After registering, they could open sub-digital wallet of designated banks and link it with their own bank account to upgrade the digital wallet.

There is a 1,000-yuan limit on the digital wallet's payment amount on the first day the wallet is opened. However, users could apply for expanding the payment limit in the future.

Some banks said that the number of clients applying for the digital renminbi wallet has been growing, the Shanghai Securities News reported on Tuesday.

Another two commercial banks - MYbank, backed by Ant Group and WeBank, backed by Tencent - are reportedly joining the trial and will be added to the central bank's digital yuan app.

The tests were conducted in a variety of scenes, including offline retailing and transportation fee payment as well as online shopping in platforms such as JD.com, Meituan Dianping and Didi Chuxing.