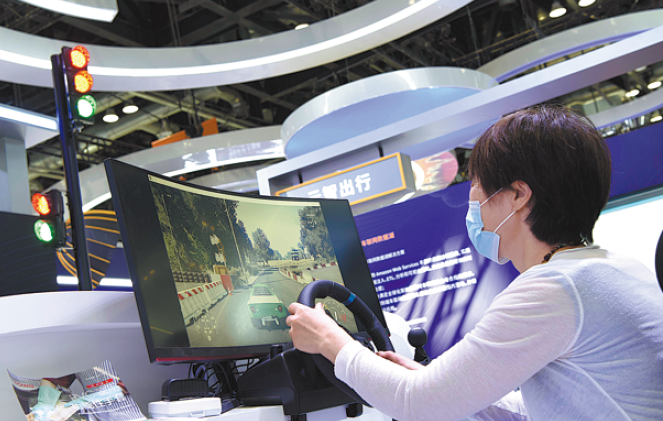 A visitor tries a driving simulator using digital technologies at the 2021 CIFTIS in Beijing. [Photo: Xinhua]

BEIJING -- Media registration for the 2022 China International Fair for Trade in Services (CIFTIS) started on Tuesday, according to the fair's organizing committee.

The registration will be open until Aug 9. Journalists can register online at www.ciftis.org.

The 2022 CIFTIS will be held in Beijing from late August to early September.