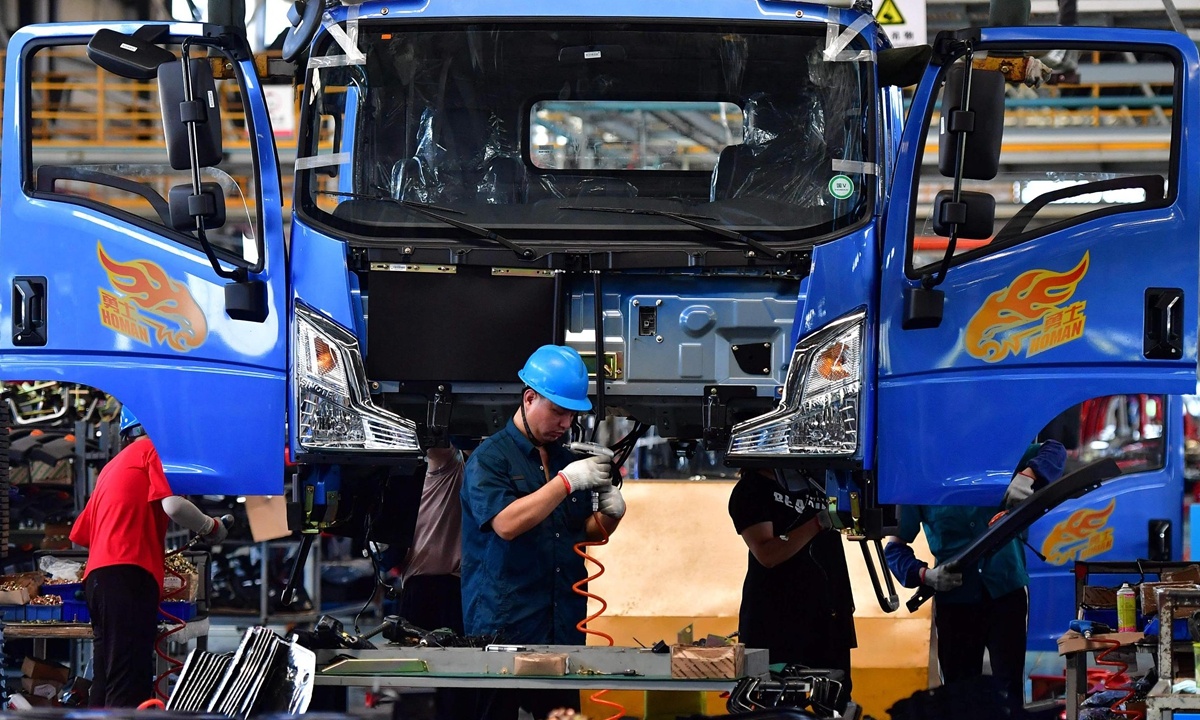 China's manufacturing activities in March remains in the expansion territory in the 11th month, but grew by the slowest pace in almost a year, according to a private survey.

The Caixin/Markit Manufacturing Purchasing Managers' Index (PMI) dropped to 50.6 last month, the lowest level since May in 2020. The figure was down from February's 50.9, missing analyst expectations of 51.3.

A reading above the 50 mark suggests growth, while a reading below indicates contraction on a monthly basis.

The Caixin survey, which concentrates on smaller, private firms, is in contrast with the official PMI released by the National Bureau of Statistics (NBS) on the day prior, which registered 51.9 percent in March, up 1.3 percentage from February and shows the strongest growth in manufacturing so far this year.

Caixin's PMI suggests that the pace of expansion in China's manufacturing sector has been slowing for four months. In March, employment index is in contraction for the fourth month, while index on prices is soaring as raw materials such as metal and crude oil continued to rise.

Wang Zhe, a senior economist at Caixin Insight Group, said in a statement accompanying the data release that while the figure shows the manufacturing sector is confident in economic recovery and pandemic control, attention should be paid to inflation in future, as the index on prices have been rising for several months.

He also noted that the room for adjusting policies in the future is limited due to inflationary pressure, which will not assist the economic recovery after the pandemic.

China's non-manufacturing PMI, which gauges the sentiment in the service and construction sectors, climbed to of 56.3 in March from 51.4 in February, the highest in four months, according to data released by the NBS. The result was above expectations of 52.