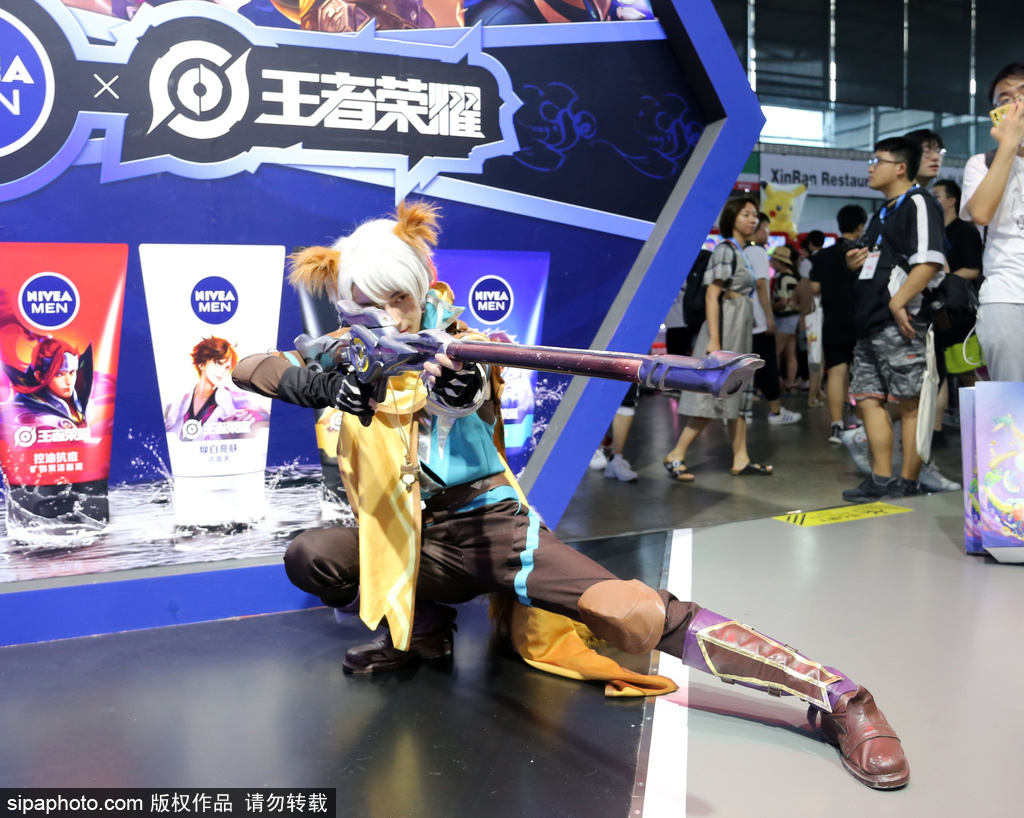 A man cosplays a player for the mobile game Honor of Kings at Chinajoy in Shanghai, August 2019. (Photo: Sipa)

BEIJING -- China's mobile gaming industry gained momentum with a greater market share in the first six months of this year, according to an industry report released Thursday.

The actual sales revenue of the sector rose 35.81 percent year on year to 104.67 billion yuan ($14.97 billion) during the period, stated the report released during the 2020 China Digital Entertainment Congress in Shanghai.

The figure accounts for 75.04 percent of the total revenue of the country's gaming industry, expanding from a 68.5-percent market share in 2019.

The report showed that the sectors of cloud gaming and e-sports are booming amid technological upgrades across the country, with their actual sales revenue registering a year-on-year growth of 79.35 percent and 54.69 percent, respectively.