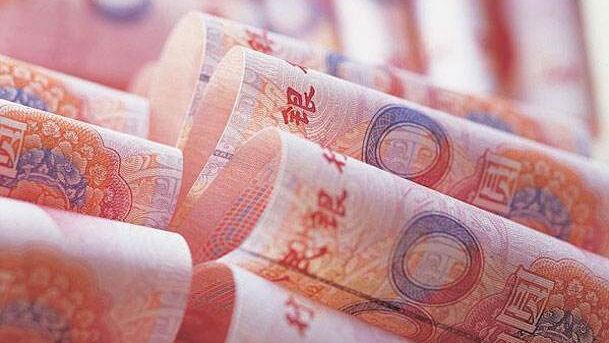 The year has just begun, and the market is already closely watching the direction China’s monetary policy will take in 2018.

At the recently concluded Central Economic Work Conference, where leaders set the direction for China’s economic policies in the coming year, policymakers said that “prudent monetary policy should be kept neutral, the floodgates of monetary supply should be controlled, and credit and social financing should see reasonable growth.”

A “prudent” and “neutral” policy was also emphasized the previous year, but last year’s determination to adjust the floodgates of monetary supply has been replaced by a stronger call to “control” them. The market is interpreting this as a sign that China will implement tighter monetary policy in 2018 than it did in 2017.

On Dec. 14, the U.S. Federal Reserve announced its third interest rate hike of the year. On the same day, China’s central bank increased by 5 basis points the interest rates on seven-day and 28-day reverse repurchase agreements, as well as the rates on its medium-term lending facility. This was the first such rate hike by the People’s Bank of China since March — a move that seems to be evidence of a trend toward tightening.

Looking forward, in 2018, China needs to implement tightening of monetary policy while maintaining stability and neutrality. But this does not mean tightening in only one direction. Rather, policy needs to follow changes in the domestic and global economies. The fundamental goal is to promote the high-quality development of the real economy, and achieve a balance between strict supervision, deleveraging and risk prevention.

It must be noted that the monetary authorities have not yet explicitly said that monetary policy will be tightened. But as China’s economy shifts from a phase of rapid growth to a phase of high-quality development, it no longer needs to rely on steady but loose monetary policy for macroeconomic support and stimulation. Policymakers are highly concerned about maintaining a red line against systemic financial risk. So to defuse the existing risk, monetary policy needs to be tighter. The macro leverage ratio can only be effectively controlled by controlling the floodgates of the total money supply. Additionally, the continued cutting down of “zombie enterprises” and the goals of preventing and controlling local government debt risk mean that monetary policy should not be loosened.

However, policymakers also need the economy to operate within a reasonable range, so monetary policy should not be abruptly tightened, especially not if the process of doing so creates more risk.

At the moment, the trend of being detached from the real economy has not yet been fundamentally reversed. Difficult and expensive financing is still a problem in China’s real economy, especially in the private sector. Considering this, even with monetary easing, it will be difficult to effectively boost the real economy. Easing may even further inflate bulk commodity and real estate bubbles. This would not only push China off the track toward high-quality development and risk prevention — monetary easing could also mean a failure to implement strict supervision and deleveraging. China’s monetary policy can serve the real economy better and achieve high-quality development only if it stays stable and neutral.

However, China’s monetary policy does not necessarily have to follow that of developed economies. Each country’s monetary policy normalization should primarily use the country’s internal economic situation as a guide. As the world’s second-largest economy, China also needs to maintain the independence of its monetary policy. At the moment, the interest rate spread between China and the U.S. is still adequately protected, providing a favorable window of opportunity for monetary policy.

The tighter monetary policy is based on the recovering economy. However, China’s economy is still in the “bottoming phase,” with the country still in the process of structural readjustment and industrial upgrading. Even though there are reassuring signs in the development of the services sector and the growth of new consumers, these are not enough to offset the pressure of the traditional economy’s contraction.

Thanks to the drive to cut capacity, upstream and midstream state-owned enterprises have shown significantly improved profitability. Now the price effect is spreading downstream, but it still remains to be seen whether these enterprises have really achieved “strengthening and building.”

These complex factors require China’s monetary authorities to accurately grasp the proper limits for tightening. To begin with, they need to have a sober understanding of how much the economy is heating up. If they were to tighten monetary policy, they may further raise the capital costs for business, discourage private investors, and shrink the growth potential for the new economy. As China works to uphold a prudent, neutral monetary policy, it may be a good idea for its authorities to implement a “remeasurement” system of maintaining appropriate money supply and price to guarantee market liquidity.

Additionally, it is important to pay attention to how different macro policies interact and coordinate. The Central Economic Work Conference called for the creation and fine-tuning of macroeconomic regulation, the implementation of proactive fiscal policy and prudent monetary policy, the improvement of coordination between economic policies, and keeping the economy within a “rational” space. Most important is the synergistic effect of fiscal and monetary policy. With limited space for increasing fiscal spending, efforts should be made to improve the efficiency of spending, protect structural reform and promote reform, identify growth areas, and improve people’s livelihoods, among other key expenditure areas. This is so that fiscal policy can split the burden with monetary policy, which currently plays a more central role.

Recently, the concept of the “financial cycle” has inspired enthusiastic debate. This concept greatly enriches our understanding of the laws underpinning financial mechanisms. It is especially helpful when implementing macroeconomic policy. However, some have exaggerated the role of finance in relation to the real economy, misunderstanding it as a case of the tail wagging the dog. To propel China’s economy toward high-quality growth, monetary authorities must maintain a policy consistency with a focus on stability while applying moderate tightening, and highlighting the policy combination of strong supervision and a stable currency.