China has lifted its longstanding ban on beef imports from the UK, a move set to bite into US farmers' freshly gained market share in the vast Chinese market due to an ongoing trade conflict between China and the US. 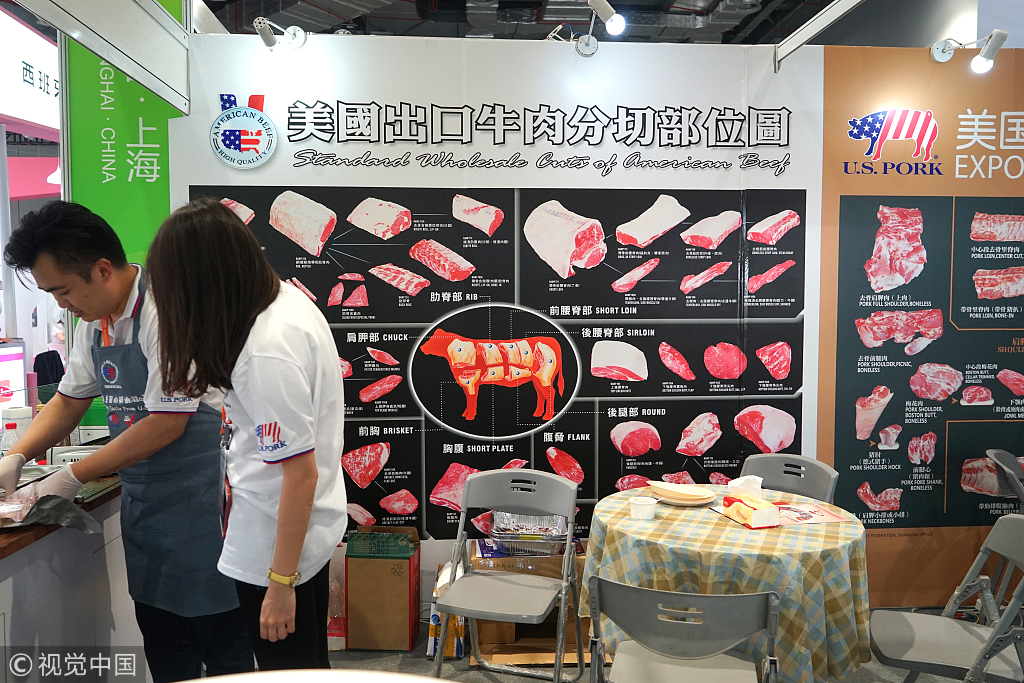 The Chinese government lifted the ban that has been in place for more than 20 years, potentially offering a market for UK farmers that could import 250 million pounds ($327 million) worth of beef in the next five years, according to a statement from several agencies of the UK government, which called the move "a milestone for British agriculture."

The lifting of the ban on British beef comes scarcely two days after China lifted its ban on French beef on Tuesday.

China's move to allow more European beef imports could mean a loss of market share for US farmers, who have only started to reenter the Chinese market after the lifting of a long-standing ban, an analyst said.

US beef is likely to miss the opportunity to grow in China, said Ma Wenfeng, a senior analyst at Beijing Orient Agribusiness Consultancy.

"What China needs is stable trade relationships, and the US with its sudden policy changes brings only problems," Ma told the Global Times on Thursday. "The US started a trade war and so China will increase its trade with other countries."

The China-US trade war started with the Trump administration's imposition of tariffs on Chinese goods, leading China to impose retaliatory tariffs on US products, among them a 25 percent tariff on US beef.

After the lifting of an import ban by China in June 2017, US beef started to carve out a share of the Chinese market, with $31 million worth of beef products sold in 2017, according to the US Department of Agriculture.

China has been allowing beef exports from more countries in recent years as the domestic beef market has seen an unprecedented boom due to a rising middle class that has a huge appetite for foreign meats.

"It's good to have more choice, hopefully the competition will drive prices down too," said a 30-something Beijing shopper. "A friend's daughter studies in England and she says the beef there is excellent," she added.