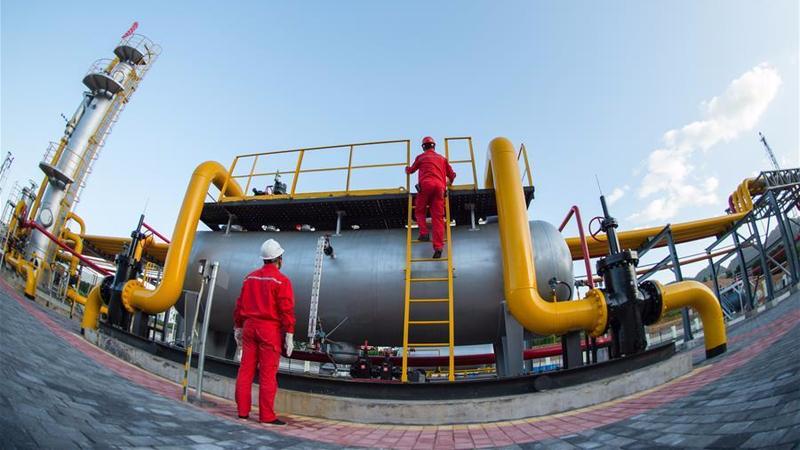 China's imports of natural gas climbed to a new high last year in part due to government support for clean energy.

Some 90.39 million tonnes of natural gas were transported to China in 2018, 31.9 percent higher than a year ago, the General Administration of Customs said Monday. The growth rate picked up from a 26.9-percent increase in 2017.

In December, the country's natural gas imports came in at 9.23 million tonnes.

China's appetite for natural gas has swelled rapidly in recent years, in part driven by environmental policies to replace dirtier coal-fired electricity generation. It surpassed the Republic of Korea to become the world's second-largest liquefied natural gas importer in 2017, after Japan.

Monday's data also showed import increases in other commodities including crude oil and copper, while imports of iron ores and soybeans went down.