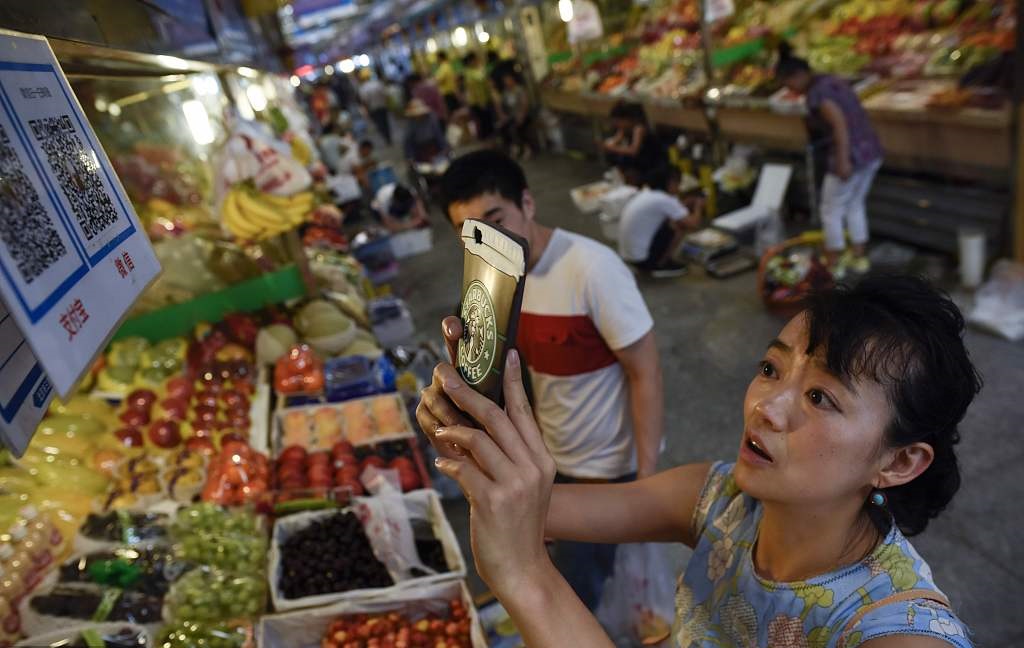 A woman making purchases by scanning QR codes using her smartphone at a fruit stall in a market in Beijing. (File Photo: VCG)

The Bureau said the country saw a 6.1 percent growth in total value added to industrial enterprises. That's a 0.1 percent boost from July.

Major growth was seen in new industrial products. From January to August, production of new energy vehicles and industrial robots grew by 56 and 19.4 percent respectively.

Meanwhile, fixed-asset investment, a key economic driver for China, rose slightly, up 0.44 percent from July. The number grew 5.3 percent in the first eight months. That is slower than the 5.5 percent in January-July, which was the lowest level on record.

"FAI growth has been declining in recent months," said Mao Shengyong, Spokesman of the Bureau.

Despite the slower growth, Mao said that the government will have more policies to boost and stabilize the investment growth.

"However, a rebound will be difficult to come by," the spokesman added.

Mao said, despite the ongoing trade tensions, China's economy is stable and the impact from trade frictions is not obvious and limited.

The spokesman cautioned, "Yet trade protectionism did create uncertainties for both China and the US. Moreover, it has cast a shadow on the fragile global economic recovery. The government will closely watch the latest situation while adjusting its policies."

(with input from CGTN)