A container train loaded with 93 new-energy vehicles (NEV) pulled into the Ningbo-Zhoushan port in East China's Zhejiang province on Thursday. The event completed the assembly of a batch of 402 NEVs to be sent to Europe via container ship, marking the launch of a new time-saving passage for China's NEV exports. 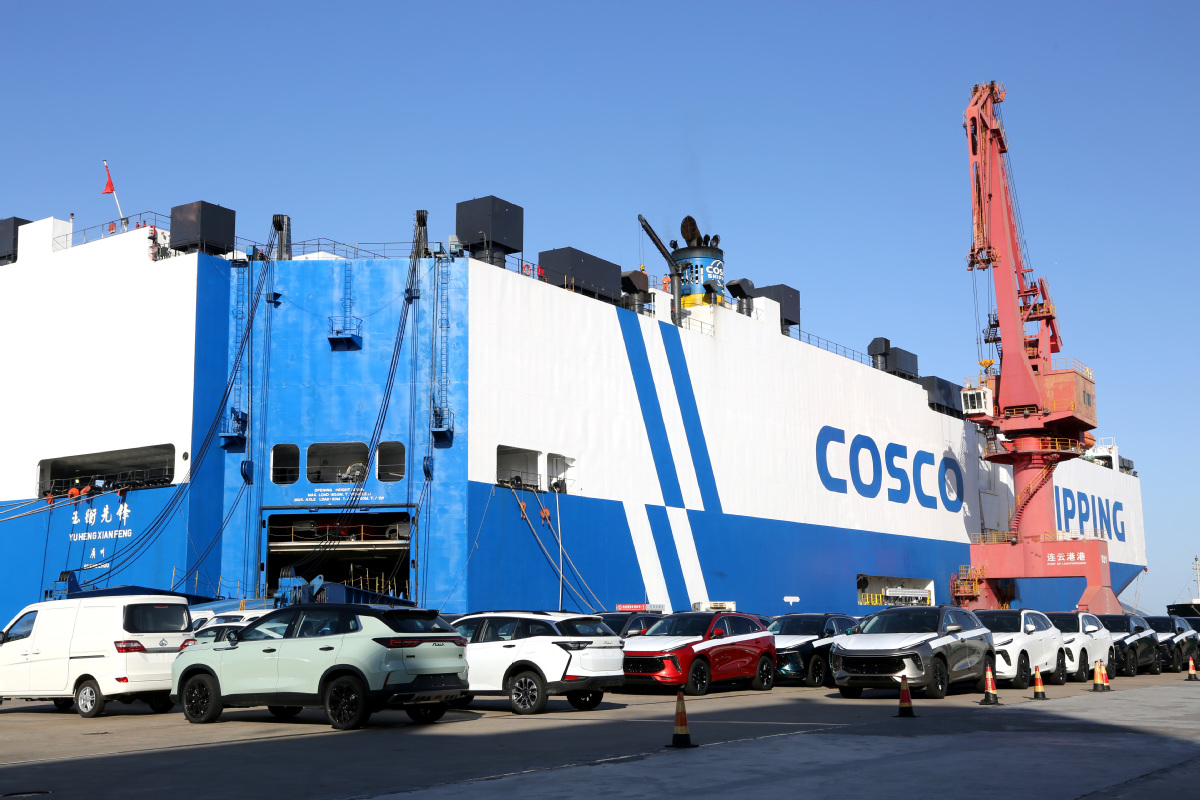 For the vehicle manufacturer, the new rail-sea export route is an upgrade on the roll-on/roll-off ships often used for China's NEV exports, and is aimed at improving efficiency and further stabilizing the supply chain.

China's exports of NEVs surged 96.7 percent to 499,000 units in the first 10 months of 2022, attesting to the industry's robust growth so far this year buoyed by supply chain resilience and supportive policies.

"NEV exports have become a new driver of foreign-trade growth because China is playing an increasingly critical role in the global NEV industry chain," said Bai Ming, a researcher with the Chinese Academy of International Trade and Economic Cooperation under the Ministry of Commerce.

The country's NEV sales accounted for 62.9 percent of the global total in the first three quarters of this year, data from the China Association of Automobile Manufacturers (CAAM) shows.

Europe emerged as one of the biggest buyers of Chinese NEVs in recent years amid its push for low-carbon goals. The European Parliament and Council agreed in late October that all new cars and vans registered in Europe would be emissions-free by 2035. In the first half of 2022, 34 percent of China's passenger NEV exports were shipped to western Europe, official data shows.

The popularity of Chinese NEVs in the European market and beyond is in no small part thanks to China's solid foundation in power battery production and assembly, said Shi Jianhua, deputy secretary general of the CAAM.

China now houses around 11,000 firms in the business of intelligent connected vehicles, of which 260 were founded in the first 10 months of this year, industry data shows. Major cities like Beijing, Shanghai and Shenzhen have rolled out regulations to test these vehicles and foster their prevalence.

With a view to keeping the supply chain stable, the country has put in place an early-warning system for low inventory of auto parts and closely monitored the supply and demand dynamics of 19 major commodities, according to the Ministry of Industry and Information Technology.

On the back of these efforts, the output of NEVs in the country reached 762,000 units last month, up 87.6 percent year-on-year, industry data shows.

Many domestic NEV brands are making a name for themselves in foreign markets, including the ones with historical strengths in the auto industry. BYD, for one, teamed up with a German car-rental company to enter the country's rental market, after debuting three new models in Japan.

China will continue to make breakthroughs in the NEV sector and work closely with economies worldwide, as part of its efforts to help advance the global low-carbon transition, said Bai.