China ranked first globally in terms of the sale and production of new energy vehicles (NEVs) for an eighth straight year in 2022. 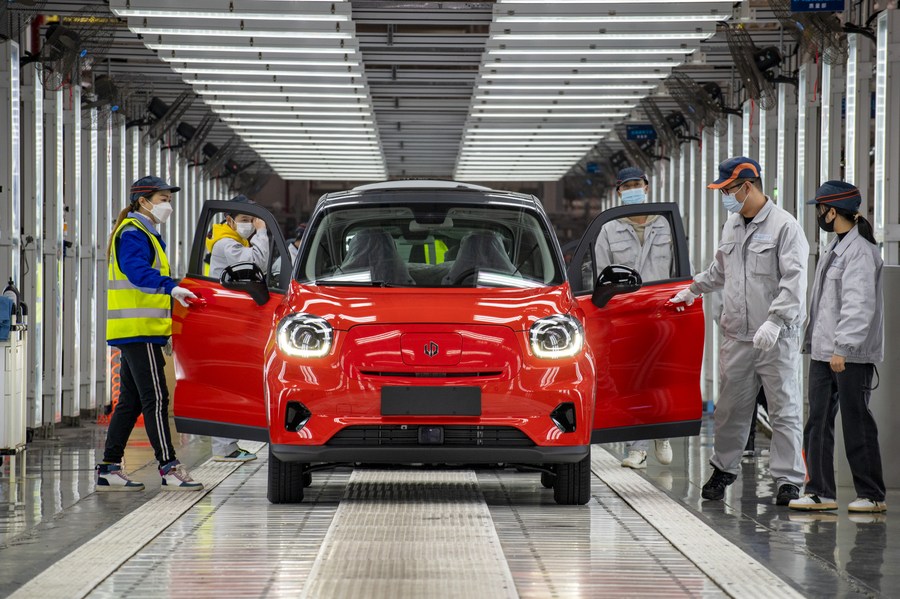 China's NEV sales came in at 6.89 million units in 2022, with NEV production amounting to about 7.06 million units, ranking first in the world for 8 consecutive years, data from the China Association of Automobile Manufacturers (CAAM) showed.

China has one of the world’s biggest NEV sectors with its share of global sales surpassing 60 percent.

The country’s NEV brands have become more competitive. In 2022, three of the world’s top ten NEV companies in sales were from China.

The booming sales of NEVs came after the gradual improvement of supporting infrastructure in the country. By the end of 2022, China had built 5.21 million charging stations and 1,973 battery replacement stations.

China’s NEV sector is expected to maintain sound growth momentum in production and sales in 2023, according to the Ministry of Industry and Information Technology (MIIT).