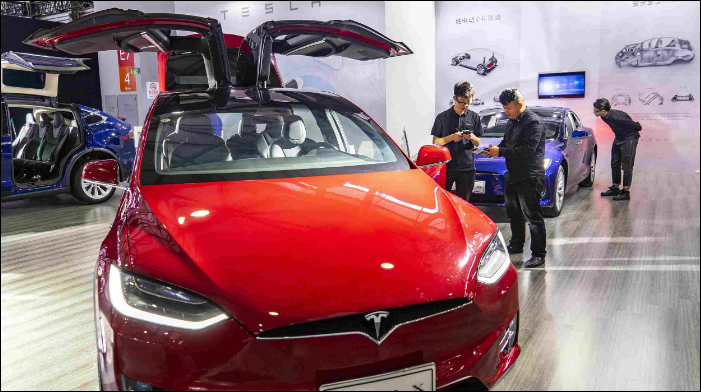 China's sales and production of new energy vehicles (NEVs) have continued to grow quickly thanks to government support in the sector, industry data shows.

NEV sales saw a surge of 81.05 percent compared with last year in the first nine months of 2018, and production shot up to 734,600 units with a growth of 73.05 percent, the China Association of Automobile Manufacturers (CAAM) announced.

Plug-in hybrid vehicles had a huge increase of more than 100 percent in both sales and production.

This comes in sharp contrast to the slowdown in the broader automobile industry that is being weighed down by business transformations, industrial capacity cuts and growing environmental awareness.

China has intensified efforts to encourage the use of NEVs to ease pressure on the environment by offering tax exemptions and discounts on car purchases.

Once the Vice President of Engineering with BMW, Carsten Breitfeld now serves as the CEO and co-founder of Byton, a Chinese electric car startup. He asserted China is the most NEV-friendly country throughout the world and is attracting a broad array of high-end vehicle makers.

Jim Motavalli, contributor and columnist of the New York Times, commented that China's NEV sales are about three times the size of the US market which reportedly sold 200,000 NEVs last year, and he firmly believes that "China will be the world's first sizable NEV market and shows strong potential to act as the largest NEV maker."

China's NEV industry was born in the early 21st century. In 2008, sales volume of the whole industry in the country totaled merely 2,500 units, yet in 2017 the figure soared to 777,000, making China the world's largest NEV market.