BEIJING, July 29 (Xinhua) - At a residential community in Beijing on the western suburbs, several salespersons are touting their new services: with a click on their app, orders of fresh food will be delivered in as fast as 30 minutes from a neighboring warehouse. 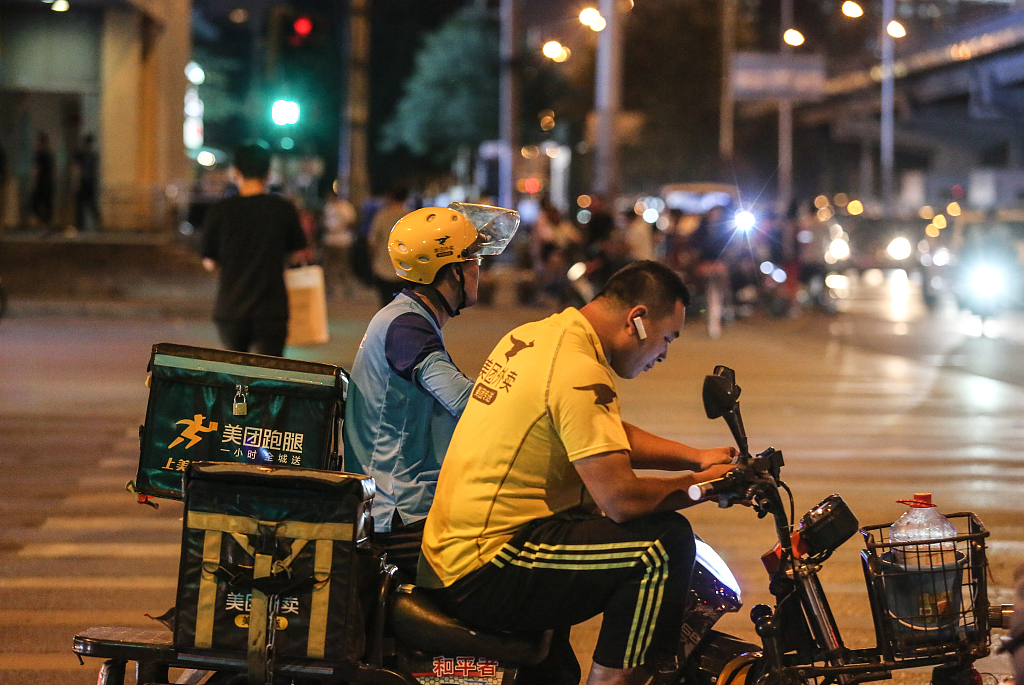 The fresh food delivery service is the latest foray into the market made by Meituan Dianping, an online food delivery-to-ticketing services platform, as more and more Chinese tend to buy a growing basket of things online.

The company's expanding app-based services are part of China's burgeoning new economy, which features new industries and new forms and models of business that have become new growth drivers.

These new growth drivers contributed 16.1 percent to the country's GDP last year, up 0.3 percentage points from one year earlier, data from the National Bureau of Statistics showed.

Those in the tertiary industry were the largest contributors to GDP with a share of 8.5 percent, followed by the secondary industry.

China has economy-of-scale advantages on the internet and digital services thanks to its huge online population, with the service sector enjoying ample growth space, according to Lai Youwei, head of Meituan Research Institute.

Industrial data showed that China had about 829 million internet users by the end of 2018, with a penetration rate of 59.6 percent.

The Mastercard Caixin BBD New Economy Index reading, which tracks activities of over 140 emerging sectors, rose to 30 percent in June thanks to increases of capital input, up 2 percentage points from May, the highest since December 2018.

The State Council said earlier this month that China will foster new growth models of the platform economy, promote the development of the "internet plus service industry" and support social capital in going to sectors including medicare, education and tourism.

The business environment will be further optimized and the approval procedures for the establishment of new platform firms and their branches will be further streamlined, according to the State Council.