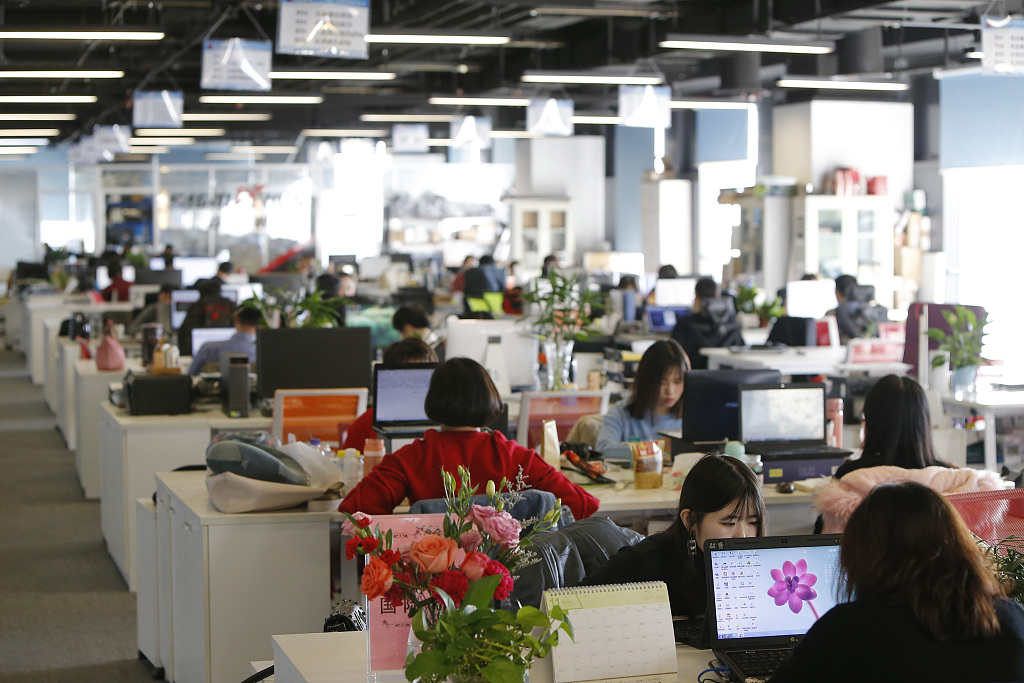 The value-added output of new industries, new types of business and new business models was about 12.96 trillion yuan (about $1.87 trillion) in 2017, accounting for 15.7 percent of China's GDP, up 0.4 percentage points from 2016, the National Bureau of Statistics (NBS) said Thursday.

In current prices, China's new economy grew 14.1 percent in 2017, outpacing the GDP growth in current price by 2.9 percentage points, according to the NBS.

New economy refers to new industries, new types of business and new business models emerged in the economic activities. And the value-added output of new economy is the final result of the new economy-related activities of all resident units in a certain period of time in a country (or region).

Last year, the output of new industries, business types, and models in the primary and secondary industries reached 599.8 billion yuan and 5.43 trillion yuan, accounting for 0.7 percent and 6.6 percent of the country's GDP respectively.

The value-added output of the service sector was 6.93 trillion yuan, accounting for 8.4 percent of the country's GDP last year, up 0.4 percentage points from 2016. New economic output in the service sector expanded 17 percent in current prices in 2017.