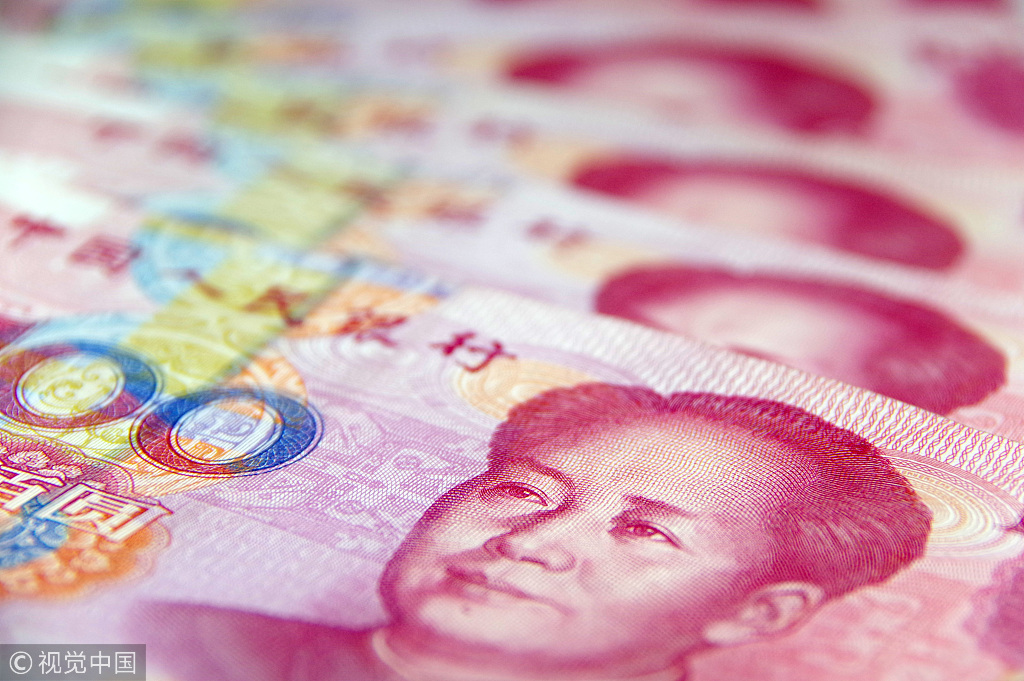 The M2, a broad measure of money supply that covers cash in circulation and all deposits, rose 8.4 percent year-on-year to 194.56 trillion yuan at the end of October, according to the People's Bank of China.

The M2 growth was the same as that at the end of September but was 0.4 percentage points higher than the same period last year.

The narrow measure of the money supply (M1), which covers cash in circulation plus demand deposits, rose 3.3 percent year-on-year to 55.81 trillion yuan by the end of October.

M0, the amount of cash in circulation, rose 4.7 percent year-on-year to 7.34 trillion yuan by the end of October.

The central bank drained 73.4 billion yuan of net cash from the market in October.

Newly-added social financing, a measurement of funds that individuals and non-financial firms get from the financial system, stood at 618.9 billion yuan, down 118.5 billion yuan from the same period last year.