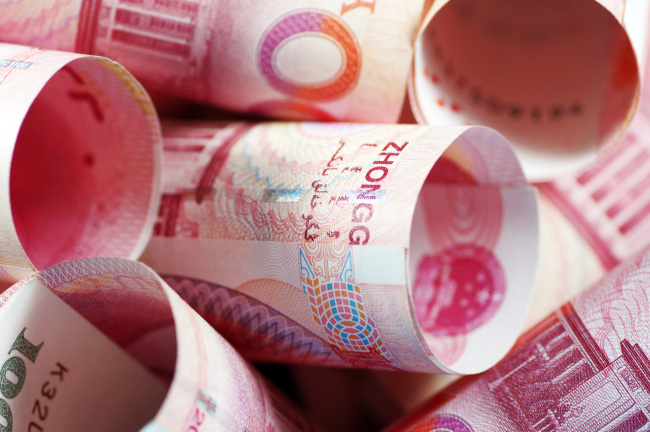 The M2, a broad measure of money supply that covers cash in circulation and all deposits, rose 8.5 percent year-on-year to 192.14 trillion yuan at the end of June, according to the People's Bank of China.

The M2 growth was unchanged from the level at the end of May but was 0.5 percentage points faster than the same period last year.

The narrow measure of the money supply (M1), which covers cash in circulation plus demand deposits, rose 4.4 percent year-on-year to 56.77 trillion yuan by the end of last month.

M0, the amount of cash in circulation, increased 4.3 percent year-on-year to 7.26 trillion yuan by the end of June, according to the PBOC.

Newly-added social financing, a measurement of funds that individuals and non-financial firms get from the financial system, stood at 2.26 trillion yuan in June, compared with 1.4 trillion yuan one month earlier.

The central bank will continue with its prudent monetary policy and conduct market operations in a flexible way to meet the liquidity need of financial institutions and create a sound environment for the real economy, said Sun Guofeng, head of the PBOC's monetary policy department.