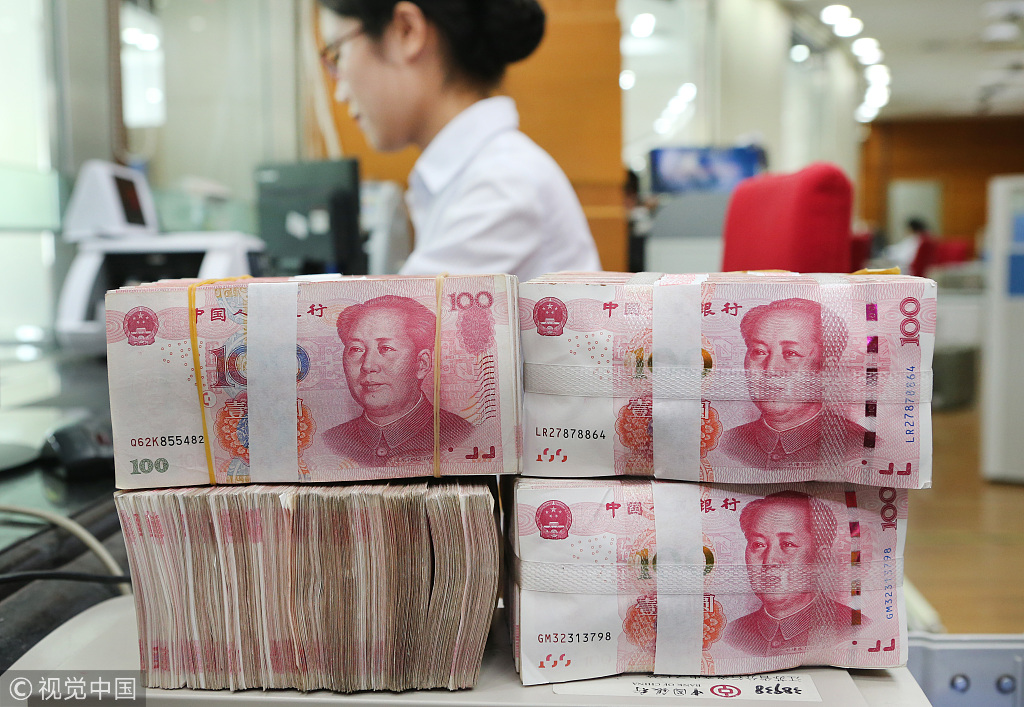 The amount of new yuan loans was down from 1.84 trillion yuan in June, but was generally in line with the monthly average in the first half, about 1.5 trillion yuan.

The M2, a broad measure of the money supply that covers cash in circulation and all deposits, rose 8.5 percent year-on-year to 177.62 trillion yuan at the end of July.

The narrow measure of the money supply (M1), which covers cash in circulation plus demand deposits, rose 5.1 percent year-on-year to 53.66 trillion yuan.

Newly-added social financing, a measurement of funds that individuals and non-financial firms get from the financial system, was 1.04 trillion yuan in July, down 124.2 billion yuan year on year.