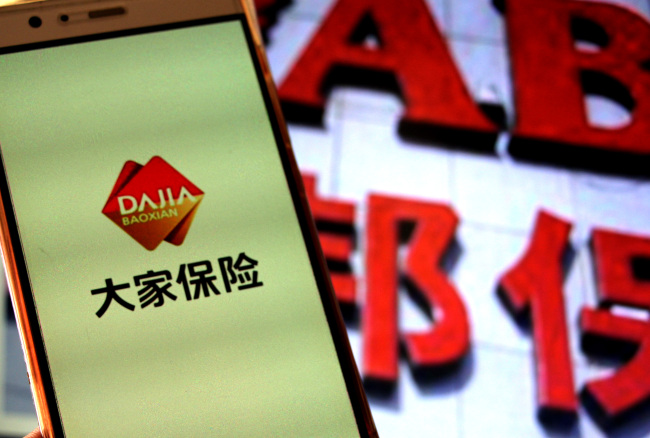 China has set up a new insurance group to take over part of Anbang Insurance, the country's banking and insurance regulator announced Thursday.

The CBIRC said this development represented "incremental achievements" in the risk-defusing work of the Anbang Insurance Group, which was taken over by the regulator in Feb. 2018 in light of the company's former chief being prosecuted for economic crimes.

Initially set for one year, the takeover was extended for another year and will be effective until Feb. 22, 2020.

The team in charge of the takeover will encourage the participation of the Dajia Insurance Group in the restructuring of the Anbang group according to relevant laws, the CBIRC said.