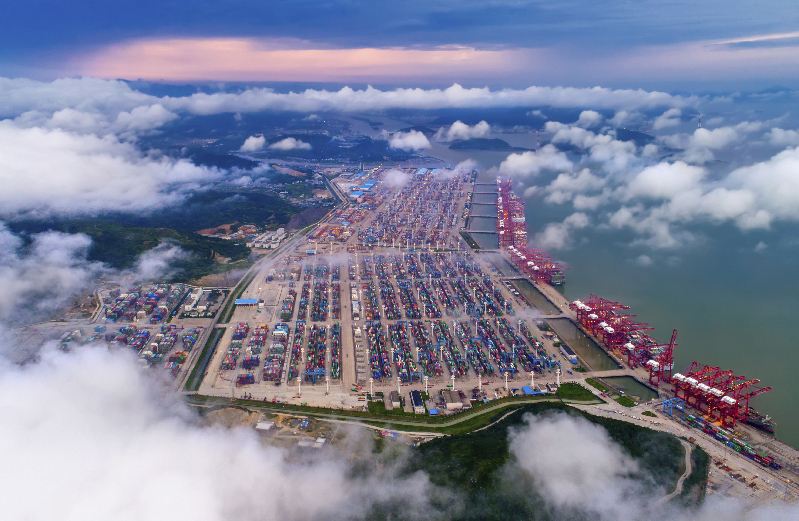 The company said that improved services and strengthened cooperation with global shipping giants have facilitated the steady growth of container throughput at the port.

The port has rolled out an evaluation and incentive mechanism to provide better services for shipping companies, saving cost for them and improving the work efficiency at the port.

Meanwhile, the port has deepened cooperation with international shipping companies to launch new routes along the Belt and Road. So far, routes linking Southeast Asian countries with the port have increased to 38, making the port an important transfer station of cargos from the region to North America, Japan and the Republic of Korea.

Strong growth has also been posted in the port's sea-rail transport services, which link the port by railway with other parts of China as well as countries in central and northern Asia and eastern Europe. Container handling volume of its sea-rail transport reached 729,000 standard containers from January to November, a year-on-year increase of 33.8 percent.

Ningbo-Zhoushan Port lies at the meeting point of the Silk Road Economic Belt and the 21st Century Maritime Silk Road. Last year, it registered an annual cargo throughput of over 1 billion tonnes, the busiest port in China.