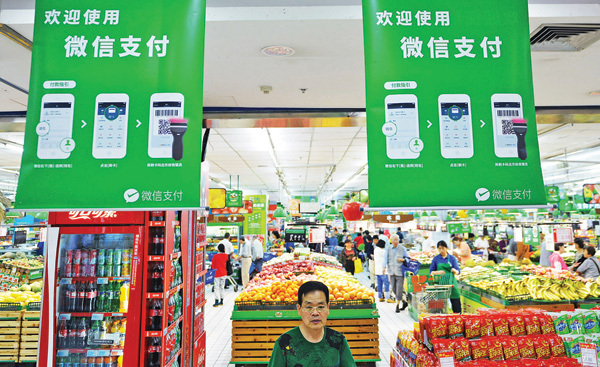 BEIJING -- China's non-cash payments in the second quarter (Q2) of the year snapped a downward trend from the first quarter (Q1) as the epidemic situation eases, a central bank report showed.

The amount of money involved in non-cash payments, including commercial papers, bank cards, and online payment vehicles, came in at 1,017.22 trillion yuan ($147.19 trillion) in Q2, according to the People's Bank of China, the central bank.

In breakdown, transactions via bank cards totaled 219.08 trillion yuan during the period, up by 0.91 percent year-on-year.

Mobile payments also picked up the growth pace in Q2, as transactions via banks and non-bank payment vehicles surged by 33.61 percent and 18.37 percent year on year respectively, according to the report.