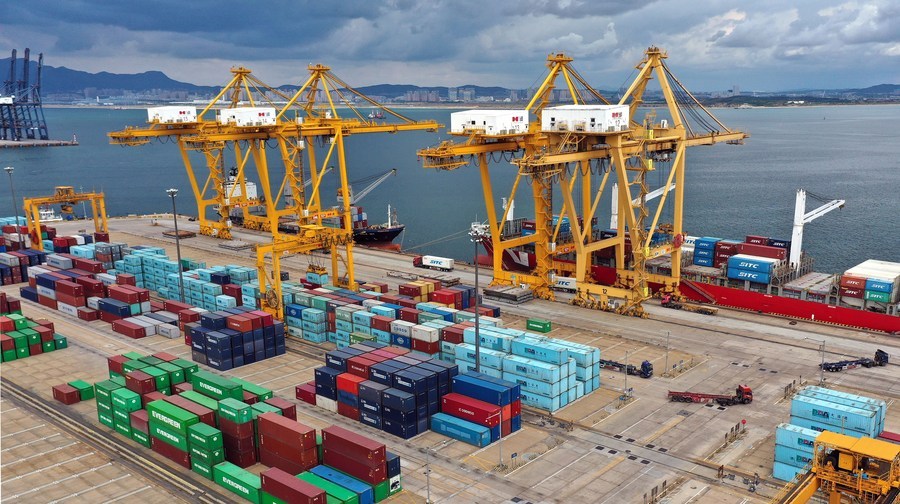 BEIJING, Oct. 16 (Xinhua) -- China's non-financial outbound direct investment (ODI) went down by 0.6 percent year on year in the first nine months of the year, compared to a 2.6-percent drop in the January-August period, official data showed on Friday.

The ODI amounted to 551.51 billion yuan (about 78.88 billion U.S. dollars) in the period, according to the Ministry of Commerce.

Investment in countries along the Belt and Road surged by 29.7 percent year on year, accounting for 16.5 percent of the total ODI during the period. The share was up by 4.1 percentage points from the same period last year.

Outbound investment mainly flowed to sectors including leasing and business services, manufacturing, as well as the wholesale and retail industries, the data showed.

The ODI flowing to the leasing and business services sectors went up by 18.6 percent from a year ago, while that for the wholesale and retail industries surged 41.1 percent.

Outbound investments from local enterprises have risen. From January to September, the ODI made by local enterprises reached 57.08 billion dollars, up by 13.5 percent year on year, accounting for 72.4 percent of the total ODI in the period.

Major overseas engineering projects also increased. The contract value of newly signed overseas projects came in at 1.05 trillion yuan during the January-September period, up by 4.5 percent year on year.