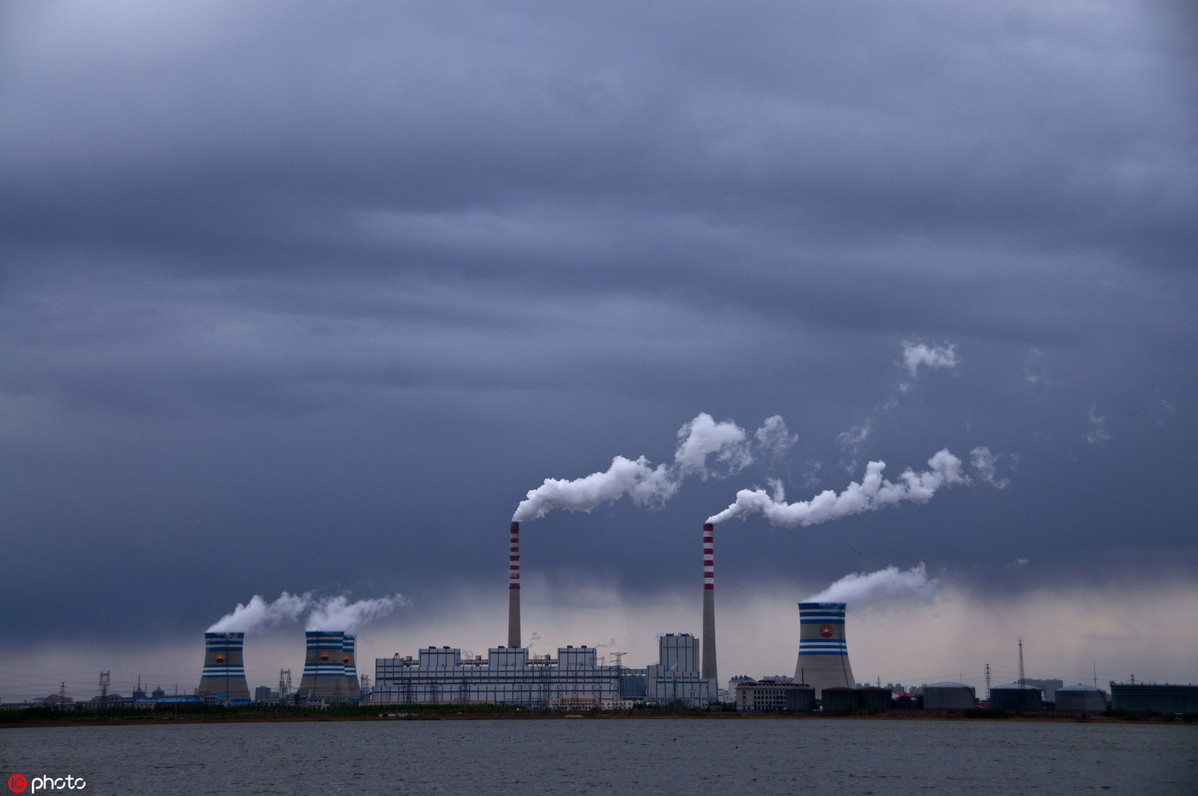 Smoke and steam are discharged from chimneys and cooling towers at a coal-fired power plant in Daqing city, Northeast China's Heilongjiang province, May 5, 2014. (Photo: IC)

The non-oil economy accounted for 72.2 percent of the total economic output of Daqing in Heilongjiang province in the first three quarters of 2019, according to the city's development and reform commission.

Daqing is home to Daqing Oilfield, China's largest oil production base, which has produced around 2.4 billion tons of crude oil since it was discovered in 1959.

Due to the falling global oil prices and strategic adjustment, the crude oil output of Daqing Oilfield began to decline, with an annual decrease of about 2 million tons starting from 2015.

After suffering at the hands of its oil-dominated economy, Daqing began to turn to the petrochemical industry, automobile manufacturing, new material and new energy for growth momentum.

To increase the added value of oil, the city has introduced projects to extend the chain of the petrochemical industry.

These are among Daqing's measures to boost its non-oil economy, which only occupied around 30 percent of the city's GDP in 2004.

Diversified industrial structure has brought growth momentum for Daqing, with its economy expanding 4 percent in the first half of this year, compared with a decrease of 2.3 percent in 2015.

Han Lihua, secretary of the Daqing Municipal Committee of the Communist Party of China, said the city is striving to build a world famous city based on the petrochemical industry, high-end manufacturing and green development.